Han Ji Hye was super cute in Sweet 18, which is the only thing I’ve seen her in. I liked her role of an immature bubbly girl with a joie de vivre. I liked that she was very different from the Kdrama heroines we are used to; no place for noble idiocy and always coming up with crazy plans to overcome unfavorable situations with a badass attitude but also having a good heart. She shared a warm chemistry with Lee Dong Gun with whom she also acted in a romantic comedy film My Boyfriend Is Type B. She went on to do more dramas over the years and recently she acted in two weekend shows back to back and both garnered good ratings. May Queen came last year which had a plot so boring and dull as watching paint dry. I didn’t give it a try even when it starred my favorite Jae Hee and well, he didn’t get the girl in the end so it was a good decision after all. I Summon You Gold was longer show and it left people enraged whoever watched it. Han Ji Hye played double role in it and from what I know, the drama put aside the good sister (who initially was the heroine) and brought the evil sister back and reformed her and at the end, everyone accepted her and she reunited with the hero. Viewers definitely praised Han Ji Hye’s performance and it is not an actor’s fault if the script is so convoluted and annoying.

Han Ji Hye is featured in October issue of Harper’s Bazaar Korea. I think she is one of the actresses who have maintained their innocent charm. I love her tousled hair which adds to her attractive appeal. She looks charming and classy. 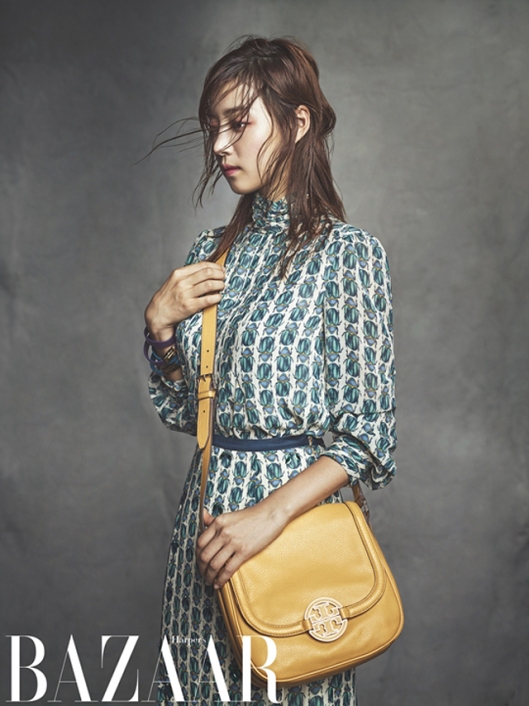