Star writer Lee Kyung Hee who is known for melodramas like Nice Guy, Will It Snow For Christmas, Thank You, A Love To Kill, Sorry I Love You etc. is now bringing a weekend family drama titled Wonderful Season for KBS and it stars a long list of actors (not surprising though as long weekenders pack in a whole cast ensemble, what with so many plots and characters to support the long run) that includes Lee Seo Jin, Kim Hee Sun, Ryu Seung Soo, Taecyeon and Lee Elijah. I think most of the times these series have paint-by-numbers plot but Wonderful Season looks somewhat different. It is story of a prosecutor (played by Lee Seo Jin) who reached this respectable position after overcoming poverty. He returns to his hometown after 15 years and discovers the meaning of family, love and friends. Sounds heartwarming. The show will combine three generations story.

Kim Hee Sun was last seen with Lee Min Ho in time slip sageuk Faith while Lee Seo Jin appeared in highly popular Grandpa Over Flowers. I confess that I am not much aware of these stars and among the actors here, I’ve only seen Taecyeon’s work before in Dream High.

I’m glad that Wonderful Season looks more natural and poignant rather than the craziness that rules the territory of long weekend dramas. It plans to have 50 episodes in total and premieres in February taking over the slot from King’s Family which is current rating king that has hit home run by bringing in around 40% ratings! Of course the word is that it is a total mess but mysteriously viewers are still addicted to it. The first script reading was held recently for Wonderful Season. Check out the pics. 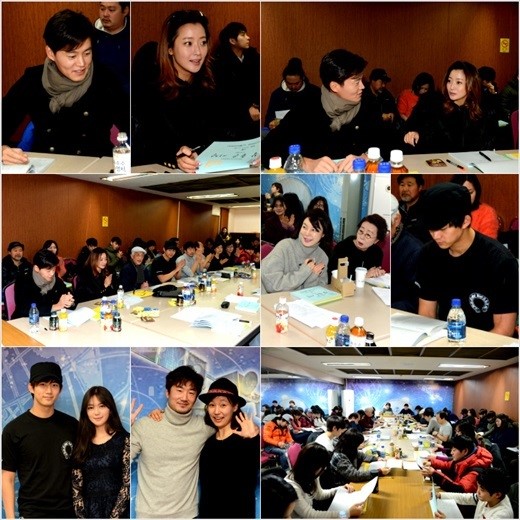