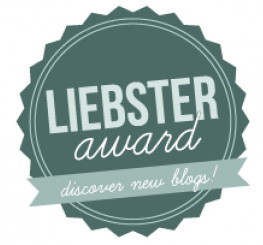 Here is my second installment of the Liebster Awards. I’m really thankful to all my blogger friends for nominating me and I greatly enjoyed all the questions. For the first part of my Liebster Award post, go here.

List your top 10 Korean dramas from 2013-Now? (Order them randomly, and it would be great if you add why for some of them.)
Master’s Sun (magical pair), Dating Agency Cyrano (the giddiness I felt for Lee Jong Hyuk and Sooyoung’s love line), Two Weeks (so simple and yet so gripping—both emotionally and in thriller sense), School 2013 (the bromance and feels), Incarnation Of Money, Prime Minister and I, You From Another Star, I Hear Your Voice.

If you were to live the life of any KDrama character, which character would you choose and why?
The supporting character who helps to unite the main couple. Also, I can have a love line with the second male lead. LOL.

What’s the most annoying thing that you probably see or hear in every KDrama?
The annoying in-laws, the clinging and obsessive one-sided love of antagonists, wrist grabs, misunderstandings/ wrong timings, the heroine doing crazy things after over-drinking.

An adorable phrase or word a character said very frequently?
Hmm. There are lots and lots of them.

You’re the director of Man from Another Star and Kim Soo Hyun is already taken by another drama. Which actor would you choose and why?
Won Bin. Because I want to see him in a drama and it would have marked the small screen comeback of two elusive stars, sort of like a one-two punch.

What are your top 5 scenes from currently airing dramas?
Many scenes from YFAS, PMAI as they are the only ones I recently watched.

What’s your recently favorite OST song?
I liked Step from Prime Minister And I OST.

What’s your idea of an ideal drama? Tell us the story and you may do the casting.
Best Friends get married due to family pressure and then they fall in love. Or the success story of an underdog.

Lee Min Ho in Faith, Lee Jong Suk in I Hear Your Voice, Kim Soo Hyun in Man from Another Star… There are a lot of super powered characters in dramaland. If you were to have only one of those super powers, which one would it be and why?
Teleportation. I can go wherever and whenever I want!

Tell us a bit on the name of your blog.
Well, I tried lots and lots of names but all were taken so finally this one sealed the deal. Basically I wanted a name that instantly describes my blog. Simple and straight.

If blogging is going to be outlawed (not that it will happen) and it’s going to be your last post, what will you write about?
A list of all the dramas that I love to pieces and why. Plus, a detailed story of how I came into dramaland. And all the positive points of drama watching.

Which character in a film or drama is closest to your personality?
A mixture of lots of characters actually.

When was the last time you laughed so hard tears were coming out of your eyes?Watching a Friends episode. I’m currently watching it, so like one or two days back.

If you are going to a desert island, and you can only take 3 k-dramas with you, which will they be and why?

Delightful Girl Choon Hyang, You’re Beautiful and Best Love as they all make me HAPPY.

You are on the same desert island and you can make only three k-hotties to come spend time with you. Who will they be, and what would each be in charge of? (Who would do the cooking, etc?)

Lee Min Ho, So Ji Sub and Gong Yoo. They can decide the work among themselves.

I (DramaFan) am still not familiar with Kpop. What is the one korean singer I must definitely listen to, and which are his/her best songs?

We are on the same boat. LOL. But I love Big Baby Driver.

The next time I go to a korean restaurant, what should I definitely order?

What was your first Kdrama crush?

What is the maximum number of episodes you have watched in a day? (Gumi: My record is 14, it was when I was on a Chuno run:P)

Which is the Kdrama cliche you just can’t stand?

Which is the Kdrama cliche you actually enjoy?

Cold hero who changes after falling in love.

Who is your favorite korean actress?

Tell us your favorite Kdrama OST

Best Love, Dalja’s Spring, Delightful Girl Choon Hyang, Fugitive Plan B, Master’s Sun, My Name Is Kim Sam Soon. These are the ones where I liked more than 2 songs from the OST.

And now the nominees for my Liebster Award:
The Questions: