Coffee House was one of those dramas that made me realise what it’s like to board a wrong ship! Total heartbreak! I totally rooted for [SPOILER ALERT] Kang Ji Hwan and Ham Eun Jung’s characters but it was actually a great thing the show did to subvert expectations and clichéd plotline by actually being a love story of two best friends. I now don’t have any residual sad feelings but you should have seen how disappointed I was at the ending of that 2010 romantic comedy. I really enjoyed Ham Eun Jung there, and she further impressed me with her acting in Dream High. She followed that up with sageuks like Queen Insoo and King Geunchogo (guest appearance). She showed potential but later got embroiled in her pop group T-ara‘s controversy and thus it took so many years to finally return to acting. Her last project was 2014 weekend drama set in the 80s, Endless Love (starring Hwang Jung Eum in the lead role) and a cameo in daily Love On A Rooftop in 2015. She is finally returning to acting with a main role, the daily drama titled All Kinds of Daughters-in-Law. It has already started airing this Monday on MBC and will have 120 total episodes.

All Kinds of Daughters-in-Law is about two fraternal twin sisters who get married into rival families. The two siblings are played by Ham Eun Jung and Lee Joo Yeon (Saimdang, Light’s Diary). The show will be about how these two ladies try to bring the two families closer and turn their discord into friendship. The drama surely looks cute and funny and full of trademarks of a daily — lots of characters and interwoven stories and family theme playing the dominant role.

The daily soap comes from a team of directors — one of them helmed short dramas Splash Splash Love and Star Of The Universe (from Three Colors Of Fantasies series) and the other PD has directed My Daughter, Geum Sa Wol and Gold Rainbow. The show is penned by the writer of Rascal Sons and You Are So Pretty. 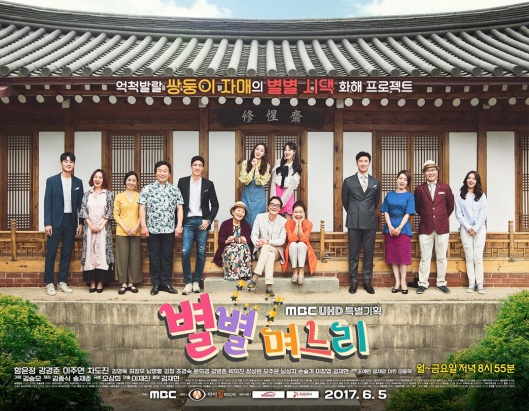 2 thoughts on “New daily drama alert: All Kinds of Daughters-in-Law”