A New Leaf, Doctor Stranger, Kdrama, You're All Surrounded 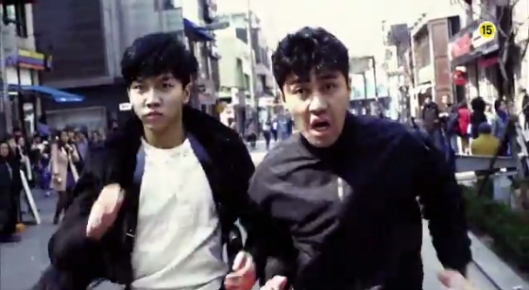 I’m as keen as a mustard to join the train of upcoming spring premieres with dramaland offering so many exciting shows (at least that’s what I hope looking from the outset). The first few weeks of April are overflowing with finales and endings and culminations of the shows that have glued the viewers from at least two months. I’m all ready to welcome the new crop as I didn’t find much interesting shows in previous season except God’s Gift – 14 Days (have I become too selective?!). With new premieres, comes the promotions in full force and all upcoming dramas have released their respective first teasers and I’m quite pleased with all of them. It is also great to see that they are all very different in story and tone like night and day.

It’s surprising that A New Leaf is starting up the earliest as it was the last among all to get announced and rounding the cast. Doctor Stranger pushed back its opening to avoid the finale of rating juggernaut Empress Ki that has garnered high numbers since its start nearly six months before. And You’re All Surrounded is coming late as its preceding show Three Days has more number of episodes than the parallel Cunning Single Lady that’s ending its run next week.

A New Leaf did not show us much in terms of plot other than introducing us to our hero Kim Myung Min, who plays a cold, cunning and successful lawyer, transforming later into a warm and good-hearted person after losing his memory in an accident. And ohhhh—he is looking so, so charismatic and as always, he owns the part. We can also see leading lady Park Min Young, who plays an intern at his law firm who has an argumentative relationship with him at first but later they come together as they help the needy in their cases. She looks elegant in the teaser and I like the overall vibe we are getting from the show. Can’t say if we are going for an episodic format here or something else,whatever it is, I can’t wait for A New Leaf.

Next we have Doctor Stranger‘s action-thrills packed teaser. It is very dramatic actually with Lee Jong Suk and Jin Se Yeon riding a bike and intense aura exuding from each frame. We get only a brief look at Park Hae Jin and Kang So Ra as doctors though. The PD has helmed City Hunter before and I’m keeping my fingers crossed that Doctor Stranger would be as entertaining-thrilling medical spy show with minimum medical terms and case-of-the-day scenarios. It is about a South Korean physician who grew up in North and returns later to his birthplace but feels like a fish out of water.

FInally the fun-filled animated trailer for You’re All Surrounded. It is taking a comic book-based background showing all the main leads in a very slapstick-funny manner. I think this drama is taking a very light tone (yay for comedy) even when it is about cops. Lee Seung Gi and Cha Seung Won have a great comic timing and the wait for this show seems impossible now! I just hope that the show would not be too shallow or fluffy.