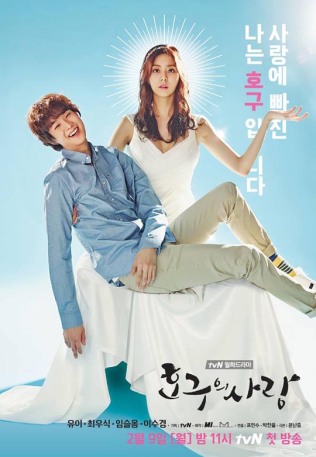 Well, another webtoon turned drama is here and it’s on the channel which brings most of these adaptations — tvN. I have loved its rom-coms a lot and I’ll happily welcome this new entrant. It’s called Ho Goo’s Love and stars Choi Woo Shik in his first leading role. He had a pretty busy 2014 with back to back drama roles in Fated To Love You, where he was simply cute and funny as Jang Hyuk‘s half-brother and Pride And Prejudice, which I skipped. UEE will be joining him in her acting return after 2013’s Golden Rainbow. I have seen her in only You’re Beautiful (where I HATED her character!) and I think she can be quite funny.

Ho Goo’s Love looks totally cute, colorful and adorable with its promo materials and Choi Woo Shik gives off such a cute vibe that it’s impossible to not feel that way. The story is about a man Ho Goo who tried the civil service exam for 7 years but failed every time. He plays a fool in love with UEE being his first love and taking up the role of a swimming champion and a national athlete. Im Seul Ong (of Kpop group 2AM, acted in shows like Hotel King and Mandate Of Heaven) plays a lawyer and rival in love while Lee Soo Kyung (Coin Locker Girl) is playing Choi Woo Shik’s twin sister. I like that she is not the stereotypical second lead who can turn negative at the drop of a hat.

Ho Goo’s Love is directed by the PD of popular shows like Full House, Coffee House and You’ve Fallen For Me. The writer penned Flower Boy Ramyun Shop, which was another feel good, sunny show. The drama premieres on February 9 taking the spot of Valid Love on Mondays and Tuesdays. 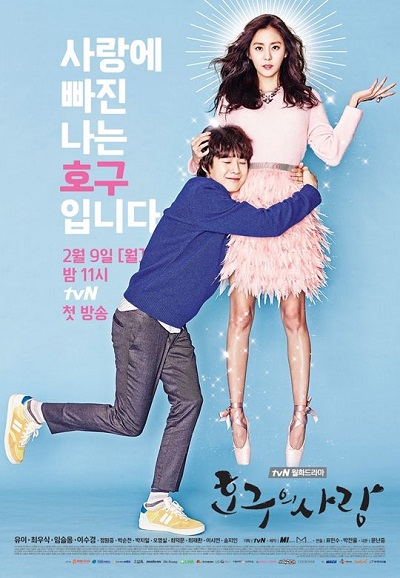 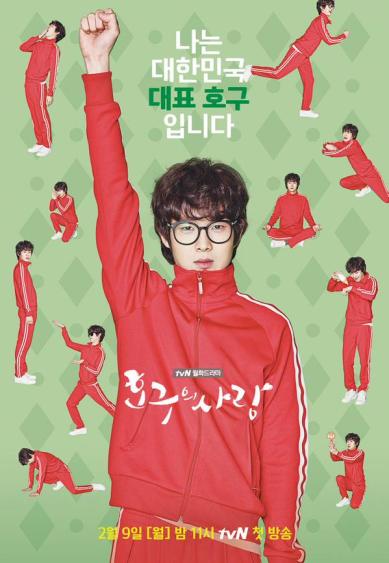 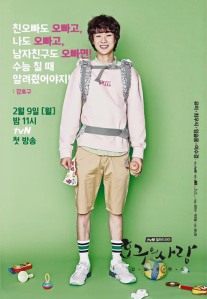 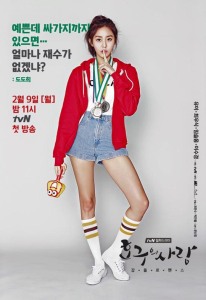 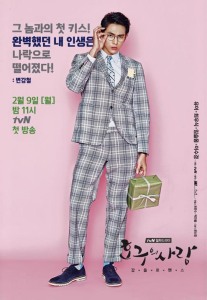 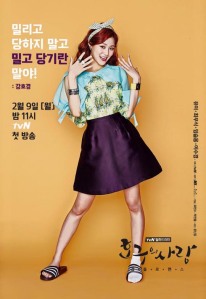