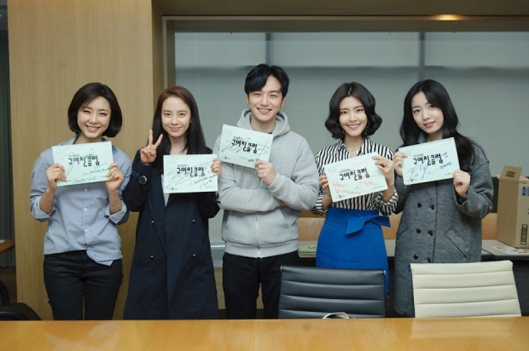 One of the forthcoming dramas I’m waiting for is Ex-Girlfriend Club for tvN. Of course the sole reason is Byun Yo Han and cherry on top is that he is the main lead. The show stars him as a cartoonist aka a webtoon artist and Song Ji Hyo leads the drama as a movie producer who is also his ex. They meet when she is told to adapt his popular webtoon into a movie and she badly needs to do it as her production house is undergoing losses. What makes this assignment a milestone around her neck is the fact that said webtoon is about his past relationships and she is one of the characters featured in it. We have more cast updates since I last wrote about it. One of my favourite supporting actresses Lee Yoon Ji (The King 2 Hearts) has joined as one of his ex-girlfriends, along with Jang Ji Eun (Tree With Deep Roots) and Ryu Hwa Young (Love Forecast). Lee Yoon Ji plays a successful woman who works in a corporate world, Jang Ji Eun plays Byun Yo Han’s first love who married a rich man and divorced later and Ryu Hwa Young takes up the role of a third-rate actress.

I can totally imagine the hilarious shenanigans we’ll see when the hero will be surrounded by his exes left and right and will have to deal with this convoluted situation. The drama held its first script reading a few days back and the cast looks happy and lively across the board. Ex-Girlfriend Club premieres in May as the follow up drama to currently airing Superdaddy Yeol.