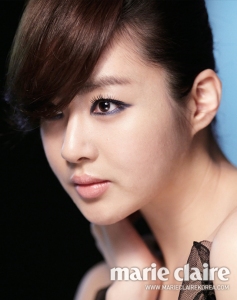 Yay! Finally the leads are secured for upcoming Hong Sisters drama Warm And Cozy, which made us wait for so long before locking down the pair. After courting Kim Woo Bin and Rain, the drama has confirmed Yoo Yeon Seok as the main lead, while Kang So Ra has also confirmed her casting. I have seen Yoo Yeon Seok in only Gu Family Book in his supporting role and don’t have much of an opinion except that he looks really warm and soothing in all his Answer Me 1994 stills, the drama that catapulted him to new heights of popularity. I’m sure his fans must be rejoicing as he did movies after that 2013 drama and is now returning to small screen. Well, I never expected the two actors in this show, and they weren’t in my wishlist. But I’m happy with this casting.

Warm And Cozy is basically about two people who move to the island of Jeju, away from their busy city life. Yoo Yeon Seok plays a man who has a brutally honest persona but still everyone likes him. He is the owner and chef of a restaurant called Warm and Cozy and he has moved to Jeju as the girl who he likes is present there. Kang So Ra’s character works in a clothing company. After working very hard for five years, she loses her job as well as boyfriend and she moves to Jeju to get a fresh start in life. Of course, these two meet and fall in love. I like that for once, a drama is set in a different location, other than Seoul. I think we are in for lots of fun, swoon-worthy romance, meta jokes, and lots of heart.

Warm And Cozy will broadcast from May on MBC and reunites the screenwriters with the director of their hit drama Best Love, which came in 2011.