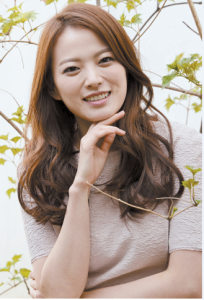 I’ve always said that there is a certain allure when stars who mostly work in films decide to visit dramaland once in a while. This time it’s Kim Joo Hyuk and Chun Woo Hee who will grace our screens and in a drama to be broadcast on — where else — everyone’s go-to channel tvN. The show is titled Argon and will be a newsroom drama. Kim Joo Hyuk has not done a drama since 2013’s long sageuk Gu Am Heo Joon. He did have a guest appearance in Reply 1988 and I liked him a lot there. Chun Woo Hee has done supporting roles in dramas like Vampire Idol (2011) and The Woman Who Still Wants To Marry (2010) but it was the field of films where she rose to stardom with The Wailing (2016) being her latest hit.

Kim Joo Hyuk will play the leader of a news program called Argon. He is someone who believes in facts and wants to present the truth to the viewers. Chun Woo Hee takes up the role of a reporter with a temporary contract with only three months left for her contract to expire. She is assigned into the Argon team and of course, she tries hard to make an impression in order to get a permanent position in the company. I haven’t seen the actress in anything but from what I’ve heard, she is a talented one.

Argon will begin airing in September. It will be directed by the PD of Coffee Prince, Triple, Golden Time, Heart To Heart and Cheese In The Trap (which attained lots of behind-the-scenes controversy during its run). I like her low-key, slice-of-life directorial style even when the subject matter is over the top and this is something we don’t usually find in dramaverse.