I came to know about Lee Dong Gun when I watched his 2004 drama Sweet 18 which was such a sweet and delightful watch. I really liked him as a responsible, caring and mature husband who gradually falls in love with his wife (played by Han Ji Hye) after they undergo an arranged marriage. After mandatory military service, he made his comeback through Mirae’s Choice (aka Marry Him If You Dare) but it did not garner good reviews or ratings, not to mention an ending that made everyone angry. He followed that with another disappointing turn with Super Daddy Yeol. Then came weekend drama Laurel Tree Tailors in 2016 and his career got a new boost as the show went on to become highly successful. His costar in the show was Jo Yoon Hee (Lie To Me, Nine, Pied Piper) and they fell in love during the filming of the drama, and announced that they are dating after it ended its long run. They later announced their marriage and are expecting their first child.

The newlyweds are featured on the cover of magazine Grazia for its September issue. I find the photoshoot very romantic and natural, with them exuding a candid and happy vibe. Lee Dong Gun recently finished sageuk Seven Day Queen which has showered great amount of praise for him from everyone. 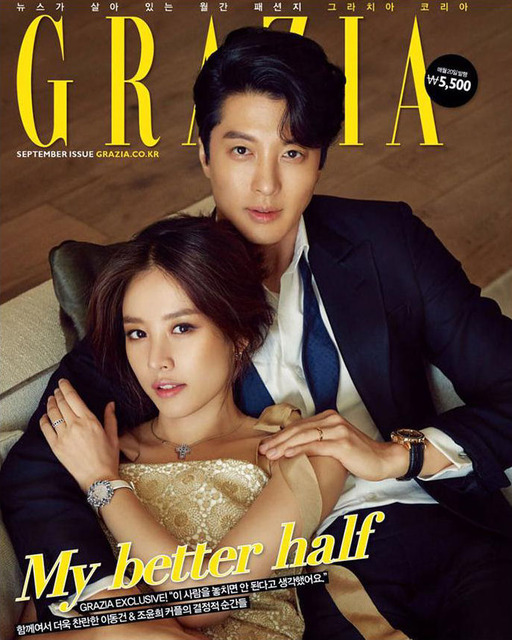 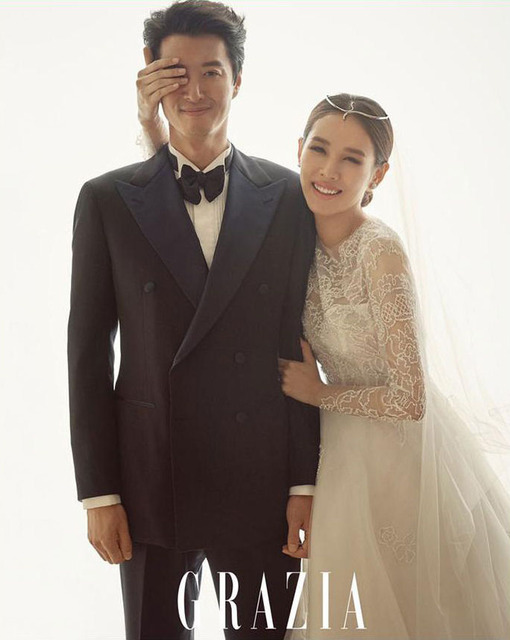 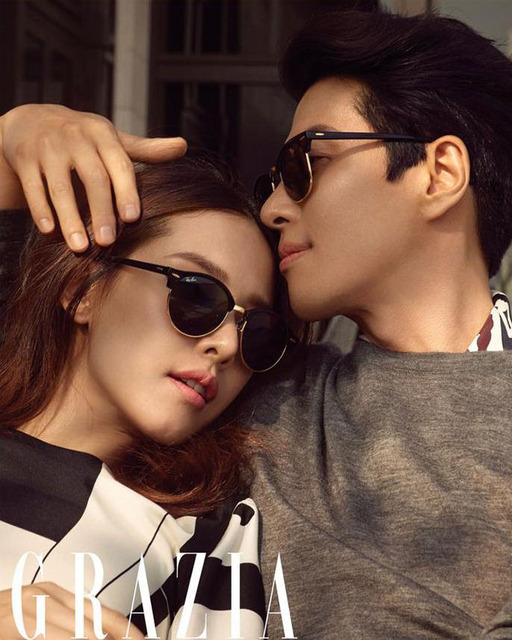