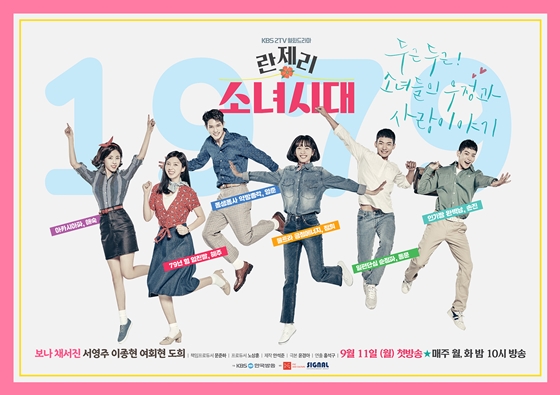 Rating failure but invariably loved School 2017 is passing the baton to similar themed drama Lingerie Girls’ Generation (also, Girls’ Generation 1979) in the Monday-Tuesday slot on KBS. It is about love, friendships and coming-of-age of high school girls, with one major additional feature — it is set in the late 70s. Also the drama will see Daegu as its location backdrop, another fresh element.

Lingerie Girls’ Generation has a relatively new star cast across the board. Kpop group Cosmic Girls aka WJSN‘s Bona (her debut role was in recent The Best Hit) is the lead heroine who sounds like a mishmash of Suzy from Dream High and Jung Eunji from Answer Me 1997 — she is a rude, noisy but lovable high schooler full of energy, who has a great friend circle and a crush on Yeo Hwae Hyun (Solomon’s Perjury) who plays her senior. Then we have Chae Seo Jin (younger sister of actress Kim Ok Bin, she has acted in films like My Brilliant Life and Will You Be There?) as a new girl in school, and Kpop band CNBLUE‘s Lee Jong Hyun (his acting credits include Orange Marmalade, A Gentleman’s Dignity and web drama My Only Love Song) as a nice, pleasant schoolmate. We also have Min Do Hee of Answer Me 1994 fame as one more of our main characters, playing the heroine’s rival.

I’m looking forward to see the small town life of the drama which also includes a mystery as a side plot along with sweet, simple high school shenanigans of rainbows and sunlight. Bona plays the daughter of the owner of a local toy factory. Suddenly the quiet life of the town is disturbed when it sees an increase in the sexual assaults on women and the female workers of the factory start disappearing. Well, that surely came out of the left field.

I can’t wait to see the period pieces that will remind us of the vintage era of simpler times, including the fashion and style. Lingerie Girls’ Generation  is helmed by the PD of Golden Cross and Perfect Wife, the latter being written by the screenwriter here (who also wrote Medical Top Team and Brain). I’m not too excited with the writer-PD team as their past shows look as different from Lingerie Girls’ Generation as day and night. But then the show is adapted from a 2009 novel of the same name and hence, my hopes are still high. As an added bonus, the drama will have a crisp running time of only 8 episodes. The drama has already premiered this Monday on 11 September. 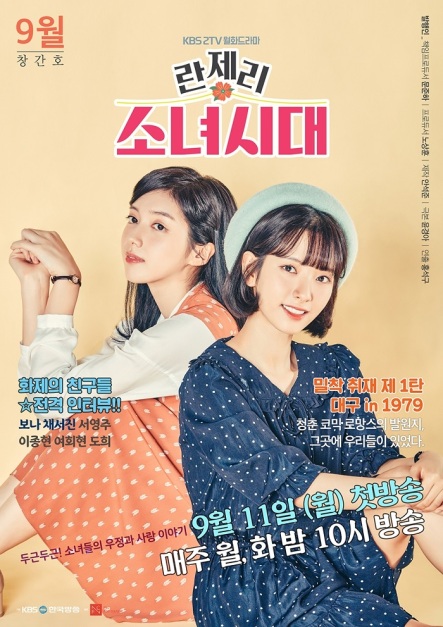 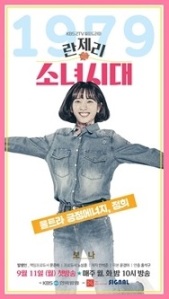