I feel like it has been ages since this drama was first announced! While You Were Sleeping is the name of the highly anticipated SBS show that stars hot pair of Lee Jong Suk and Suzy (Uncontrollably Fond) and comes from writer Park Hye Ryun, who has given us sublime dramas like Dream High, I Hear Your Voice and Pinocchio. I love how immaculately she blends humour, heart and thrills; laced with ideals and moral values without being preachy. Her last two shows (minus the short series Page Turner) had fantasy as a major premise, I Hear Your Voice about a man who can read other’s thoughts while Pinocchio about a woman who starts hiccuping when she lies. Both had Lee Jong Suk and now he is reuniting with the screenwriter for the third time here. While You Were Sleeping will also have a supernatural premise as Suzy plays a clairvoyant who can see unfortunate future events in her dreams. Lee Jong Suk is in the role of a prosecutor who tries to prevent these dreams from becoming reality. Supporting cast — Lee Sang Yeob (My Wife’s Having an Affair This Week, Nice Guy) as a former prosecutor who turns lawyer, Shin Jae Ha (Page Turner) as our hero’s younger brother, Go Sung Hee (My Beautiful Bride) as the hero’s colleague and Jung Hae In (Night Light) as a police officer. We also have some reunions-cum-cameos in the form of Yoon Kyun Sang (reuniting with the writer after Pinocchio and the PD after Doctors), Kim So Hyun (reuniting with the writer after Page Turner and I Hear Your Voice) and Lee Sung Kyung (reuniting with the PD after Doctors). It’s also a reunion for Suzy as she worked with the screenwriter in Dream High. Same can be said for Shin Jae Ha (I think if I write the name of same dramas again, it would be too much violation of brevity! Hence, see the credit in bracket. Thank You.) Yep, reunion galore it is!

While You Were Sleeping is another addition to the fully pre-produced dramas and is helmed by the director of shows like Doctors and A Girl Who Sees Smells. The teasers look interesting and contain the usual tone of the writer — a good thing in my book. It starts airing from 27 September in the slot of Wednesdays and Thursdays. It replaces another fantasy Reunited Worlds which ended its run this week. 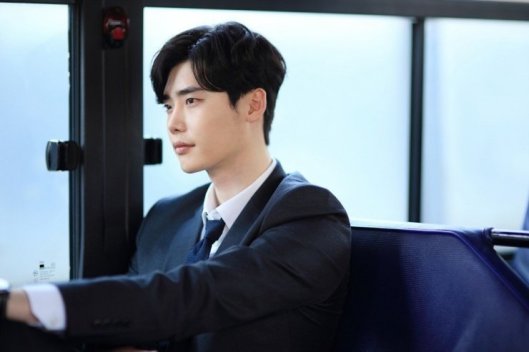 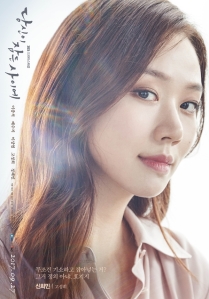 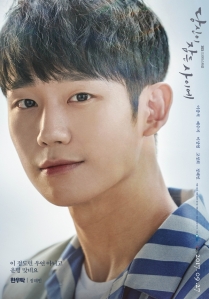