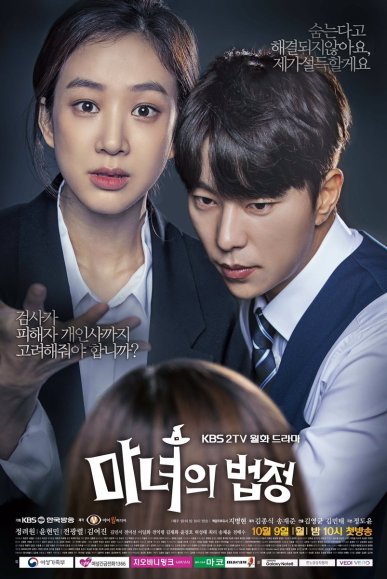 I’ve known Jung Ryeo Won since My Name Is Kim Sam Soon, the early starting days of my Kdrama addiction. But it was King Of Dramas (a drama which receives everlasting love from me) back in 2012 that made me a fan and I have lots of fondness for her. I didn’t see her following dramas, Medical Top Team was a disappointment and Bubblegum just became one of those shows that I couldn’t find time to give a try as a priority. Now she is back with a legal thriller, a change of genre, titled Witch’s Courtroom (previously known as Don’t Trust Her) and she is starring opposite Yoon Hyun Min, recently seen in time travel drama Tunnel. He is one of those actors that I have never seen in anything but still want to see because of all the praise I hear everywhere (plus, he looks so good in all those stills! Yes, I can be shallow sometimes).

I’m getting oddly dichotomous vibes from Witch’s Courtroom as on one side, the drama deals with a serious subject of crime against women and children. But on the other side, some posters and stills give an upbeat, almost a rom-com-ish vibe. Anyhow, Jung Ryeo Won plays a star prosecutor, who is in the system from 7 years. She is someone who believes in winning, no matter the methods used. Yoon Hyun Min stars as a psychologist turned lawyer who is a rookie in the field and has a strong passion for justice. The two will team up to form a special task force that solves cases of crimes against women and children. Hopefully the drama will handle the subject with sensitivity and required seriousness.

Witch’s Courtroom is helmed by the PD of Myung Wol the Spy, Mary Stayed Out All Night and many KBS drama specials. The writing is by Jung Do Yoon of The Time I’ve Loved You and Baby-Faced Beauty fame. It is slated for the Monday-Tuesday schedule and begins this Monday, on 9th of October. 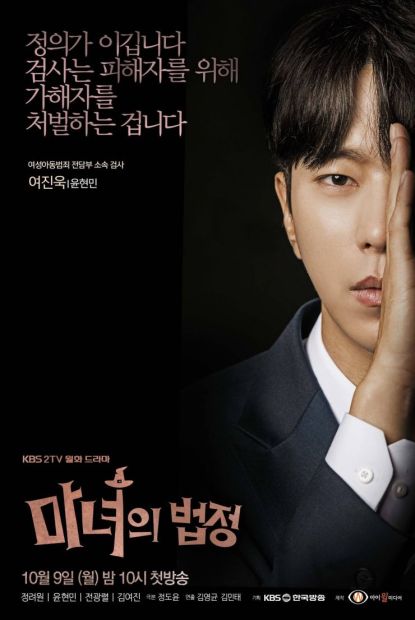 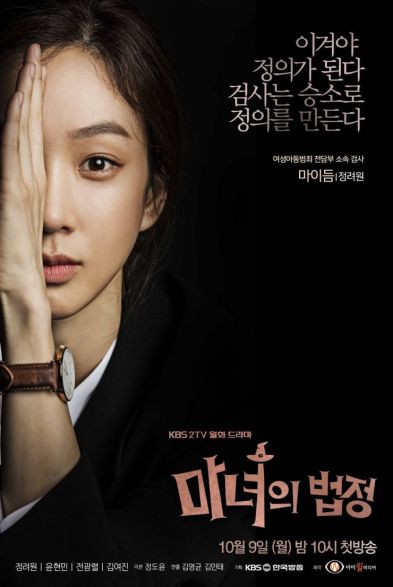 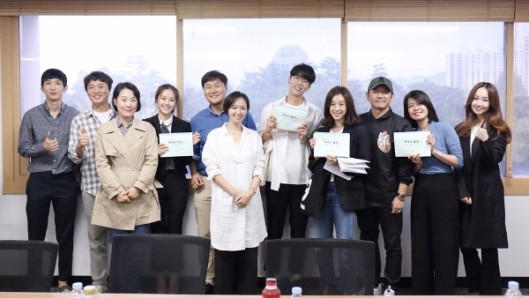