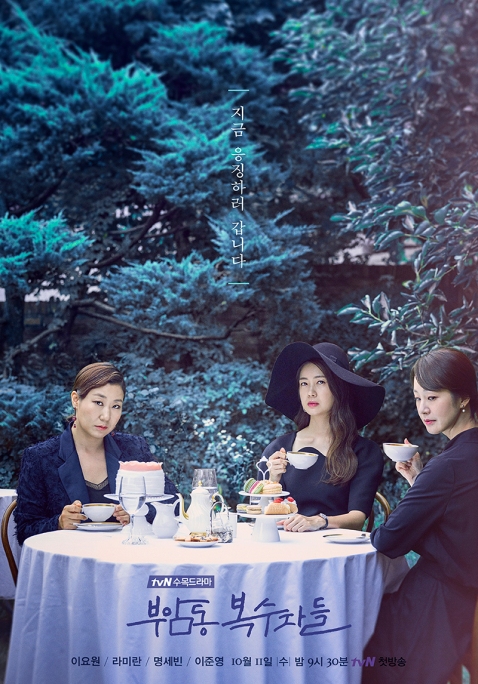 Buam Dong Revenge Social Club (also going with the title Avengers Social Club) looks like it will be the dark horse in the deluge of new dramas that are starting in October. It boasts an awesome trio of actresses with a plot centering around their friendship, bonding and revengeful spirit. It is about three women from three walks of life who have suffered through harsh times and how they come together to avenge the wrongdoers. The drama is a small screen adaptation of the eponymous webtoon published from 2014 to 2016.

Always fantastic Ra Mi Ran (Answer Me 1988) plays a good-natured and widowed fish market vendor whose son gets involved in some school incident. Lee Yo Won (Night Life) plays a daughter of a rich family, who gets betrayed by her husband, he himself a chaebol. The third angle is formed by Myung Se Bin (Kill Me, Heal Me), who stars as an orphan who gets married to a university professor. The three women form the revenge club. The sole male lead of the show is Jun of Kpop group U-KISS who also joins the revenge club for his own motives.

I wonder if the show will have a dark, dramatic tone or will it be a black comedy. Whatever maybe the case, I think it would be a blast to watch them hatch their elaborate plans. Knitting together the acting talent of the actors with the interesting synopsis, Buam Dong Revenge Social Club looks like a fun ride. It is directed by the PD of Pasta, What’s Up Fox, Miss Korea, Ex-Girlfriend Club and latest Woman With A Suitcase, so the style looks more breezy, slice-of-life kind with an indie touch. It premieres tomorrow as the next show in the new Wednesday-Thursday slot of tvN, which was host to recently wrapped Criminal Minds, which received mediocre reviews and ratings. Also, it will have only 12 episodes in total!

I simply love the posters! The main one featuring the three ladies looks very black, satirical comedy-ish. The individual posters of the four actors are superb again — they all are eating or drinking coffee, but their attitude is so vastly different: cheerful amusement (Jun), downright anger (Ra Mi Ran), anger simmering under the surface (Lee Yo Won) and quiet angst (Myung Se Bin). 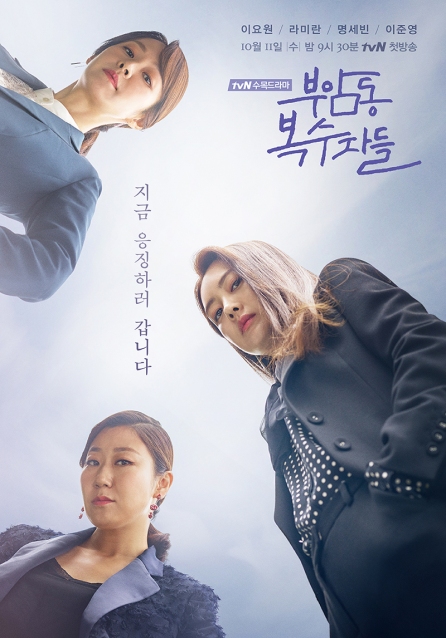 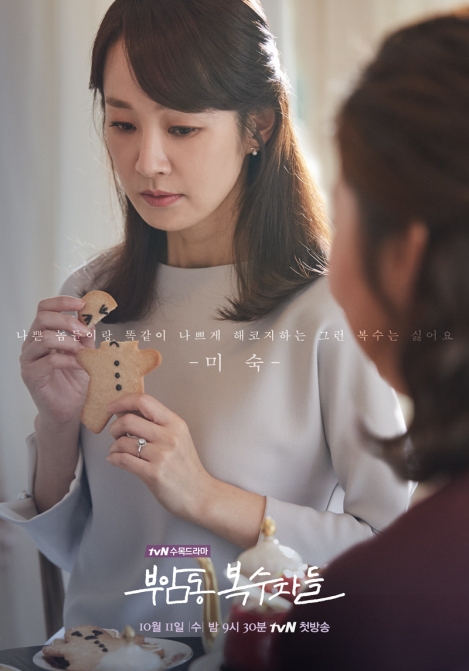