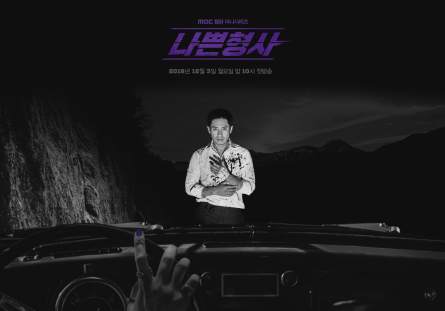 I have only seen Shin Ha Kyun in a few episodes of comedy drama Mr. Back that aired in 2014, which he followed with Pied Piper in 2016 and is now returning to small screen with thriller Less Than Evil aka Bad Detective. It is a Korean remake of acclaimed BBC series Luther and stars Shin Ha Kyun as a fierce detective who is gritty, lonely and violent in his ways and thus treads the line between good and evil. New actress Lee Seol plays a psychopath who assists him in solving his cases. Park Ho San (Just realised the actor has done 7 dramas this year – including Mother and My Ajhussi, which makes this one his 8th in 2018! ) stars as Shin Ha Kyun’s boss and Kim Gun Woo (Live) plays a prosecutor who is also a serial killer (!). Hong Eun Hee (You Who Rolled In Unexpectedly) plays Shin Ha Kyun’s wife and Cha Sun Woo (also known as Baro who was member of pop group B1A4 and has acted in dramas like Answer Me 1994 and Angry Mom) plays a detective.

The posters look pretty stylish for Less Than Evil which premieres tomorrow as the new Monday-Tuesday drama for MBC and follows Bad Papa which didn’t perform well in the ratings department. 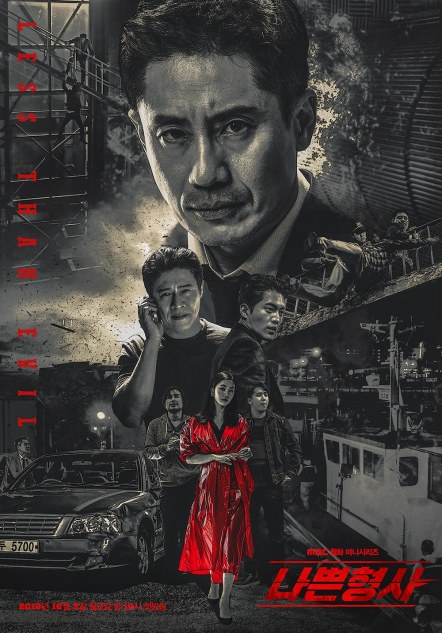 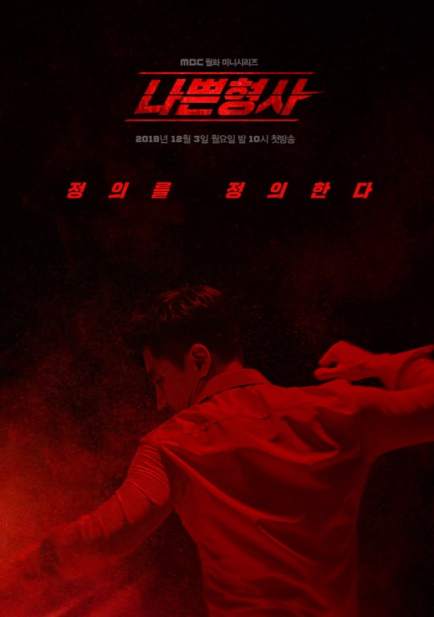