New month, new dramas! There is an eclectic mix of dramas this time, so let’s move on to the list without further ado! END_OF_DOCUMENT_TOKEN_TO_BE_REPLACED

I have only seen Shin Ha Kyun in a few episodes of comedy drama Mr. Back that aired in 2014, which he followed with Pied Piper in 2016 and is now returning to small screen with thriller Less Than Evil aka Bad Detective. It is a Korean remake of acclaimed BBC series Luther and stars Shin Ha Kyun as a fierce detective who is gritty, lonely and violent in his ways and thus treads the line END_OF_DOCUMENT_TOKEN_TO_BE_REPLACED

I LOVED Liar Game and so I’m excited for Pied Piper, the new tvN drama from the same writer and PD. The former was a tightly woven thriller with many tense moments and kept me on the edge of my seat throughout. I would have been happier if there was a second season for Liar Game but well, I’ll take what I get. END_OF_DOCUMENT_TOKEN_TO_BE_REPLACED 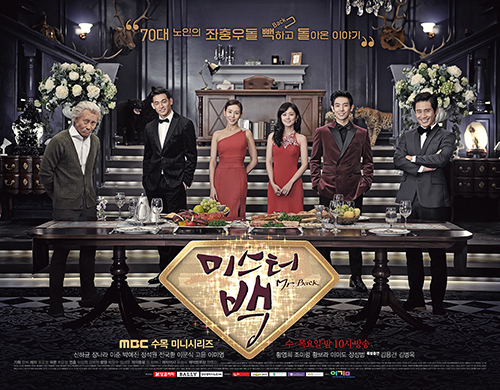 I may not be hugely excited for upcoming fantasy-comedy as the new Wednesday-Thursday drama on MBC, the reverse aging Mr. Back (previously called Mr. Baek) but I’m getting many fun vibes from its promotional material. Shin Ha Kyun is looking very END_OF_DOCUMENT_TOKEN_TO_BE_REPLACED

Hot on the heels of her last drama Fated To Love You, Jang Na Ra has signed on her next show Mr Baek that stars Shin Ha Kyun as her leading man. I’m actually quite surprised because she usually takes some time between her dramas, so this casting definitely took me unawares. The drama is a romantic comedy with a fantasy element END_OF_DOCUMENT_TOKEN_TO_BE_REPLACED