There can be plenty of reasons to check out a drama. To me, the writers play a very important role. If I have liked their past works, chances are I might want to watch their new drama too. The new tvN drama Start-Up interests me for that very reason. It is penned by Park Hye Ryun of shows like I Hear Your Voice, Pinocchio and Dream High. This is her third drama with Suzy as her last show While You Were Sleeping also starred her in the lead role.

As the name suggests, the show is about people aspiring to be entrepreneurs. Suzy plays a heiress who gives up her privileges and drops out of college in order to start her own company. She takes up many part time jobs in order to fund it. Nam Joo Hyuk plays the founder of Samsan Tech, a start-up. But he is struggling to make it a successful venture. Kim Sun Ho stars as an investor who has also started his own company and finally, Kang Han Na (Just Between Lovers) completes the cast as a rich woman who wants to create her own success. I think the drama could be very relatable to youngsters who want to quit corporate jobs and start something of their own. Many people in today’s world are entering the world of start-ups, be it as founders or employees and surely that provides an identifiable and fresh angle to the drama.

I really liked Nam Joo Hyuk in The Light in Your Eyes and have mixed feelings about Suzy as I find her acting okay or meh depending on the roles. I have yet to see a Kim Sun Ho (Catch the Ghost!, Two Cops) drama but have heard good things about him. I like the feel of the show I’m getting from the promos — youthful, breezy and easy-going.

Start-Up premieres on Saturday, October 17 on tvN as well as Netflix. It follows the second season of Stranger aka Forest Of Secrets. 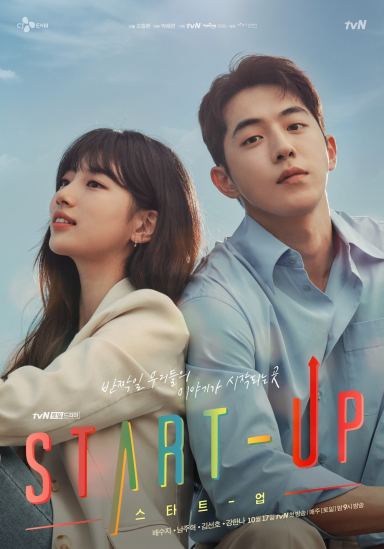 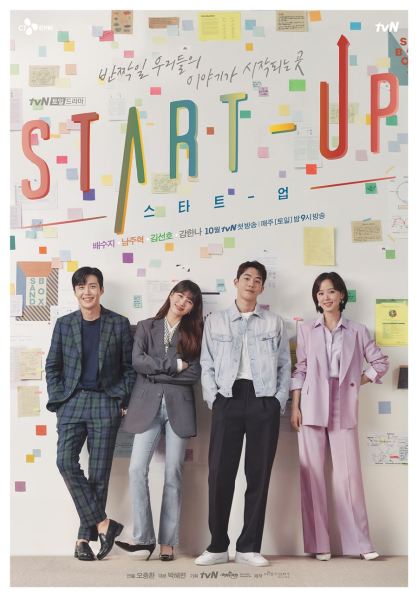