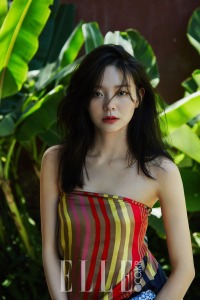 I have liked Lee Je Hoon and Esom in their previous dramas, Signal and Because This Life Is Our First respectively, hence I’m excited to see them together in upcoming SBS drama Deluxe Taxi. Based on a webtoon, the show is written by the writer of movies Codename: Jackal (2012) and Fabricated City (2017).

Deluxe Taxi is about a mysterious taxi service that helps in providing justice to victims who didn’t get it from the law. They do it in the form of revenge. Lee Je Hoon plays the driver of aforementioned taxi, a man who was formerly a special forces officer and has good instincts as well as physical strength. Esom stars as a prosecutor passionate about justice. Her path crosses with the hero when she starts suspecting him while pursuing a criminal.

The other players forming the mysterious taxi service are Ki Eui Sung (Memories of the Alhambra, Mr. Sunshine) as the head and kpop group APRIL’s Naeun (also Lee Na Eun) as the mandatory tech person aka the hacker of the group. The idol has previously acted in drama Extraordinary You. Lee Je Hoon’s last drama was Where Stars Land in 2018 (though he did appear as a guest star in Stove League). Esom appeared on the small screen in Save Me 2 last year.

I think the story of Deluxe Taxi is nothing new, but the taxi factor provides a fresh coat of paint to the basic plot of providing justice to those who suffered injustice. The drama plans to air sometime in 2021, natch.