The Uncanny Counter is the latest thriller from OCN, a network known for this genre. Also named Amazing Rumor, the drama will have a supernatural, fantasy angle to it. It follows the story of a group of demon hunters known as ‘Counters’ who live on earth, disguised as the employees of a noodle restaurant. Their mission is to track down evil spirits. This team is formed by the characters played by Jo Byung Kyu, Yoo Joon Sang, Kim Sejeong, Yum Hye Ran and Ahn Suk Hwan, each having distinct special abilities.

Based on a 2018 webtoon, the show stars Jo Byung Kyu (Stove League) as the youngest and skilled counter, Yoo Joon Sang (in quite a different role from his previous ones, like in Graceful Friends and Heard It Through the Grapevine) as the strongest counter, Kim Sejeong (of Kpop group Gugudan, she has starred in shows like School 2017 and I Wanna Hear Your Song) as the counter efficient in detecting the presence of demons, Yum Hye Ran (Hospital Playlist) as the counter who has healing abilities and finally, Ahn Suk Hwan (100 Days My Prince, Delightful Girl Choon Hyang) as the financier.

The Uncanny Counter is one of the last few dramas of 2020 and premieres on OCN as well as Netflix this week on November 28 as a weekender. The plot sounds interesting with a mixture of adventure, thrills, fun and some chills. 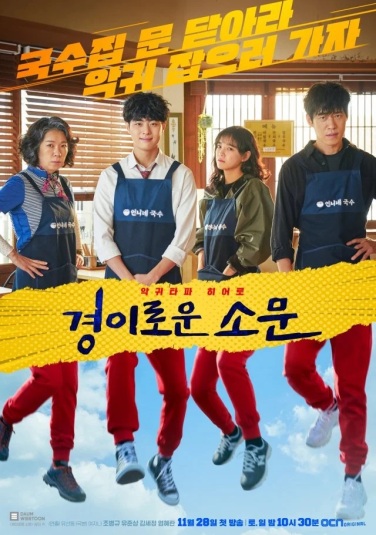