Graceful Family is the title of a new melodrama to be aired on MBN and Dramax. It will be full of mystery as it tells the story of investigating a 15 year old murder. Im Soo Hyang, who gained popularity through last year’s My ID Is Gangnam Beauty, plays the lead role of an heiress who has beauty and brains. Lee Jang Woo (I Do, I Do) plays a passionate lawyer. They both work END_OF_DOCUMENT_TOKEN_TO_BE_REPLACED 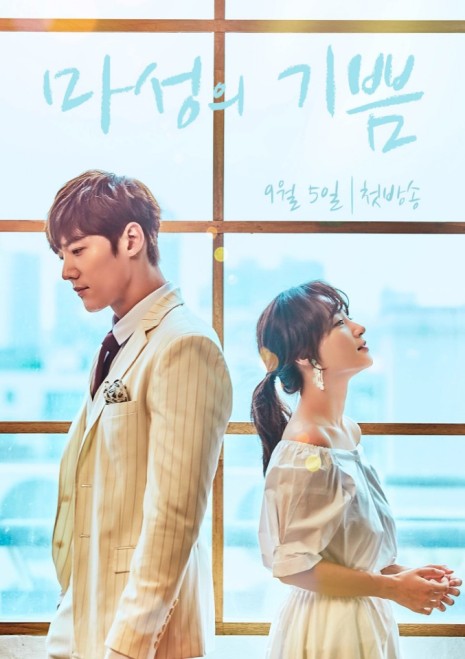 New month means new premieres and sometimes it’s possible to get lost in the wave of so many shows marking their first episodes, especially if they are broadcast on more popular channels. Dramax is premiering a new romantic comedy this week, titled Devilish Joy and is somehow relatively less talked about even though it stars popular actor Choi Jin Hyuk in the lead role. He was last seen in time-twister thriller Tunnel. Song Ha Yoon (Fight My Way,My Daughter, Geum Sa Wol) stars as the leading lady. END_OF_DOCUMENT_TOKEN_TO_BE_REPLACED

Rich Man Poor Woman (2012) is the first and only Japanese drama that I have seen and I loved it a lot despite not liking some aspects of it. The main reason is of course the leads — Oguri Shun perfectly nailed the role of an eccentric and genius IT firm CEO and cute with capital C Ishihara Satomi as his efficient assistant. The show was different despite the generic sounding title (it can’t get more literal than this, END_OF_DOCUMENT_TOKEN_TO_BE_REPLACED

1% Of Anything was a surprise sleeper hit last year which amassed lots of love for its swoony romance. I do want to check that out as it’s one of the members of my unending list of dramas I need to watch ASAP. The show was initially planned for airing on MBC but later premiered for the first time on Oksusu, which is a mobile app for broadcasting. Then it aired on Dramax. And now Dramax is bringing a new show titled Single Wife which is also its first original drama. Following the footsteps of its predecessor, it is also fully pre-produced. END_OF_DOCUMENT_TOKEN_TO_BE_REPLACED