Marriage of convenience means a marriage that is based on mutual understanding towards personal gains and benefits, and does not involve liking, love, relationship or family as the goals for the matrimony. It is one of the most widely used themes in novels, movies and TV shows and I love it. In today’s world, when everyone has the right to choose his/ her partner and in that scenario, if they are thrown into an unwanted relationship, and then the slow building of love and care: it really is enjoyable to watch. Two unlikely people start their relation with mistrust or bickering or coldness, but when they grow in this, the sparks are sure to fly, leading to the happily ever after for the OTP.

It stars Rain as a superstar and Song Hye Kyo as a novice writer, who undergo contract marriage. Lots of bickering and lots of cuteness!!

A not-so-popular drama but a really good one. Han Ji Hye is an immature girl who has to do arranged marriage with a responsible and mature prosecutor Lee Dong Gun. The drama also stars Lee Da Hae in a supporting role.

Jae Hee and Han Chae Young star as two high school students, who are forced to get married when they accidentally spend a night together in the same house. Uhm Tae Woong plays a second lead-cum-main antagonist.

Kim Jae Won and Eugene play the main leads who go through a one night stand. She gets pregnant and gives birth to a girl. Their respective families force them into marriage when they come to know about it.

Joo Ji Hoon is a prince and Yoon Eun Hye is a commoner. They have to do arrange marriage, when still in high school. She not only has to deal with this new relationship, but also needs to adjust with the rules and regulations accompanied with the status of a princess.

A girl (Yoon Eun Hye) lies to her friends about being married to a wealthy businessman (Kang Ji Hwan), and so has to pretend this fake marriage aka a web of lies.

Although this drama is not about convenient marriage, the leads do get married for certain reasons. But i found it unnecessary.

This is a movie, not a drama. In it, two best friends, Kim Rae Won and Moon Geun Young, get married when they are emotionally forced by their parents to do so. 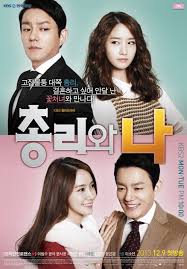 It is a cute and heartwarming drama where Lee Bum Soo is the prime minister and single father with three kids and Yoona is a reporter. Both undergo contract marriage and of course love follows.

Remake of Taiwanese drama of the same name, this show has Jang Hyuk and Jang Nara, reuniting to play a couple who gets married after she gets pregnant due to an accidental one-night stand. The leads are fantastic, character as well as acting wise. The romance is swoon-worthy and humour is top-notch. 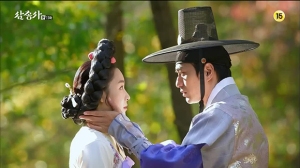 The drama is not about the love story but the relationship between crown prince and his wife forms a very important part of the story and the gradual attraction between the two is a treat for all romance lovers, especially those who love stories about arranged marriage. Their interactions are full of wit and humour and yes, perfect to make us swoon.

21 thoughts on “Marriage Of Convenience and Kdramas”

New Korean dramas this month!
March is bringing lots of new dramas. The list includes many highly anticipated and long awaited Korean shows. Click the link in bio for the list!