It’s time for some stills for the upcoming weekend drama I Summon You, Gold. I don’t know what that name suggests except for the fact that our heroine, or rather both her and her rival will be connected to jewelry designing. Hence, the ‘gold’ in the title. Han Ji Hye stars as a hardworking, sweet girl and also as a rich daughter-in-law. They are not related and so I don’t get the logic of resemblance. *reminds herself that it is dramaland and therefore, logic goes down the drain* Or maybe they will create some last minute birth secret! Yeon Jung Hoon stars in the complete 180 degree image changeover role of a chaebol, who is married to the latter Han Ji Hye, but goes through a painful divorce. Later, he meets the candy Han Ji Hye and experiences true love.

We can see in the stills some interaction between the two and it looks like they start with some bickering session. Also, we have posters with our two leading ladies (or one) with one being your typical drama heroine and the other one, typically villainous. The other poster shows the whole cast and gives a feel-good vibe. The drama looks like your usual family-romance weekend show.

Lee Tae Sung plays younger brother to our hero. I liked him in Playful Kiss and 9 End 2 Outs, he is adorable and likeable with right acting talent. His wife in the drama is played by Lee Soo Kyung, who is also a successful jewelry designer. Does it make it three female leads, two male leads drama?

To be frank, the stills and posters combo does help in increasing my interest towards the drama, but only if it will not be a makjang. And yeah, the number of episodes is another deciding factor for me to show any attraction towards it.

I Summon You, Gold is all set to start airing from tomorrow, that’s April 6 on MBC. Also check out the pictures from the script reading session. 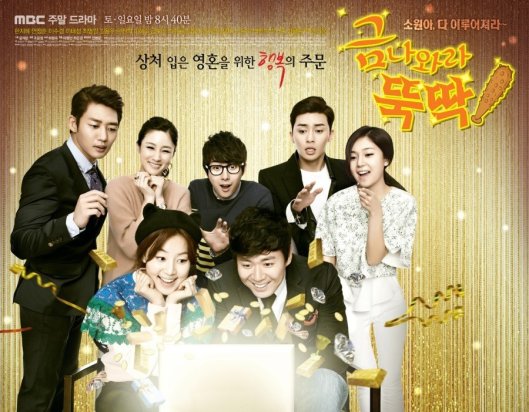 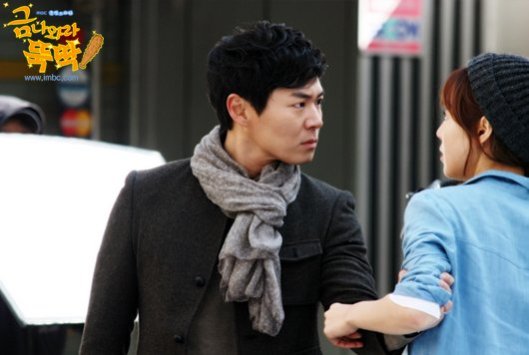 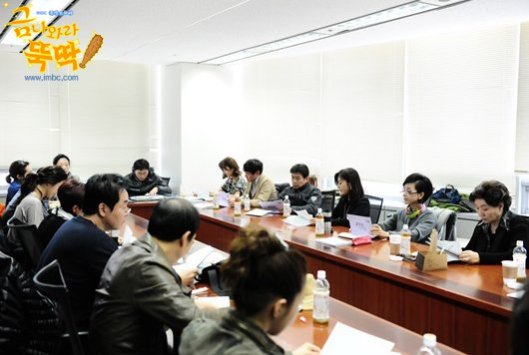