Mi-ryung tells Soon-shin that she was miserable when Soon-shin was born as the man (her real father) ran away. She had only Chang-hoon to ask help from and so she gave her to him. Joon-ho overhears this conversation. Soon-shin says that this is a lie and runs away.

Joon-ho takes her with him in order to comfort her. They sit by the lake side and afterwards go for drinks. He encourages her that it’s her life and she should live for herself.

When Soon-shin doesn’t come home for the night, Yoo-shin calls on her phone and Mi-ryung picks it (Soon-shin left it by mistake) and lies that Soon-shin is there.

Actually, Soon-shin slept at Joon-ho’s office. He admires her while she is sleeping. In-sung is surprised to see her there. 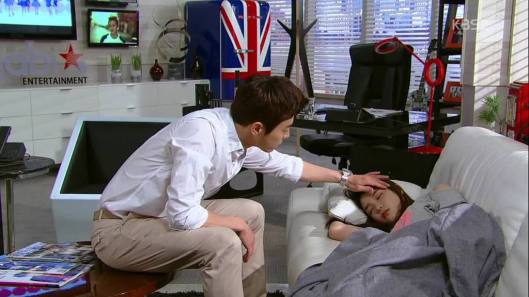 Jung-woo’s mood is off as he likes Hye-shin and as she is so good at heart that even after knowing that he was in prison, she acted so coolly. But this is the reason that he should stay away from such a good person. She overhears this but doesn’t tell him and feels uncomfortable.

Soon-shin again transforms into emotionless person as she returns to Mi-ryung’s house. She has no interest in how Mi-ryung decorated her room. 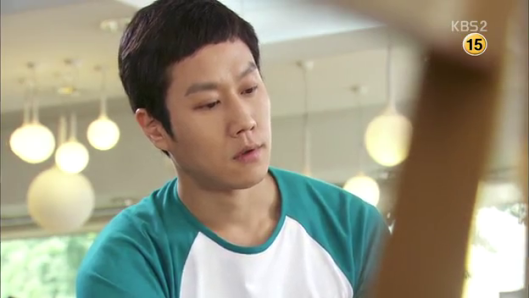 Yun-ah is with Joon-ho’s mom and sister at Young-hoon’s restaurant and she complains that how can Soon-shin leave her family of so many years and live at Mi-ryung’s house. He scolds her for gossiping about Soon-shin.

Mom and Chan-woo’s mom again argue. Chan-woo’s dad meets Yoo-shin and tells her that she should give some time to his mom. She comes to know that Chan-woo has left home and tells him to return. He reluctantly goes back. Yoo-shin tries to be in his mom’s good book by cooking at his house but his mom remains the same.

At home, yoo-shin tells mom that she will make Chan-woo’s mom change her mind about her. Joon-ho’s mom sees Mi-ryung again at his dad’s clinic but he again lies at home that he has not met her recently.

Everybody at home is upset with Soon-shin that she left home to live with Mi-ryung. She comes and takes her things with her. She informs Joon-ho about moving into Mi-ryung’s house and that she has decided to take up acting. He is really happy.

Soon-shin declares to Mi-ryung that she will work only with Joon-ho. Also that she is not anybody’s daughter. She says “I’m just me.”

Next day,  Soon-shin goes for auditions. Joon-ho comes there to boost her confidence. The judge asks her who gave her this name and she answers that her dad and grandma.