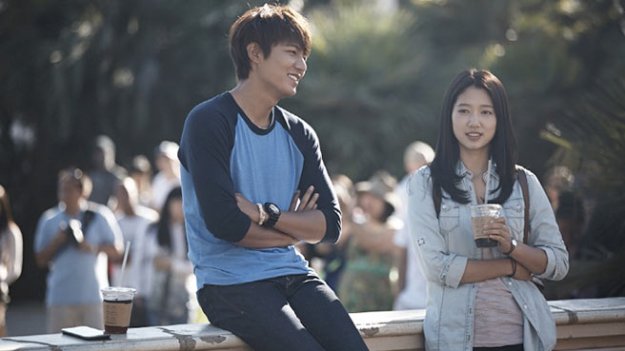 I enjoyed episodes 7 and 8 of Heirs a lot. They were filled with sweet and romantic scenes between Tan and Eun Sang, who are definitely my favorite characters in the show. Lee Min Ho and Park Shin Hye‘s chemistry is getting better and better and I simply loved the closet scene, how Tan read the message left by Eun Sang in the US and also the light, funny interactions between the two. Young Do can’t hold a candle in front of Tan as far as relation with Eun Sang is concerned as he never even had a decent two-word conversation with her, except threatening or scaring her. I have no sympathy whatsoever with him but Kim Woo Bin is doing a great job portraying it with charisma. Tan and Eun Sang already have a frank and warm relation right from the get go and they have fallen for each other. Still, I would like Tan to leave Eun Sang alone for a while as he is just increasing her problems right now. I want to add a funny observation I had this past week. I’m not watching revenge melo Secret but did see that much talked about kiss scene and you have to see it to judge it but in my opinion, it was very gross and offensive. But the folks who called it romantic and hot, did not waste anytime in declaring the last scene in Heirs as very forceful. LOL. Talk about double standards. Honestly speaking, I don’t have any views regarding that kiss in Heirs as the shot was cut in between and we don’t even know what is its conclusion. And I don’t agree fully that Tan became dominating in that canteen as it was more of a reaction on seeing Eun Sang all shaking with fear. I just hope that our heroine gather some courage to accept her financial condition and free herself from so much pressure.

Preview for episodes 9 and 10 is out and from the looks of it, some confession, some fighting and some angst is coming up this week. There is a little plot movement in Heirs but I still find it delightful. I just wish that more time is given to other characters as well. I’m seeing that some people are just over reacting with negativity on the show and trying to come up with variety of reasons to criticize it. I just have to say: relax!! 🙂