Since Nice Guy, I haven’t watched any melodrama. Usually they are not my cup of tea as the emotional connection is missing and the characters are unabashedly melodramatic and weird with unusual personality traits and motives. I enjoyed Nice Guy a lot but it was more like a detached amusement. Anyway, I might give the genre a try once again with upcoming Full Sun as it stars charming Yoon Kye Sang, who is the cutest second lead I’ve ever seen (I’m talking about Best Love, in case anyone has not seen it). The story is also not bad as far as some irksome characteristics of melos are concerned (which was the major factor I never bothered to watch That Winter The Wind Blows) but of course has your standard premise of revenge and tragedies and anti heroes and betrayal and love-that-cannot-be. So the show is about a man who falls in love with the fiancée of the man whose death was accidentally caused by him. He later becomes a con man. The leading lady is Han Ji Hye who was really cute in the only drama I’ve seen her in and that is Sweet 18. Recently, she has done back to back long weekend shows (May Queen and I Summon You Gold) which garnered good ratings as well as she bagged many awards for them.

Full Sun is slated to follow my current favorite Prime Minister And I on KBS and the team behind it includes PD of shows like Wild Romance and Famous Princesses (it’s Lee Seung Gi‘s one of the earlier dramas, before his Shining Inheritance success); and the writer did Dream High 2, which I don’t think generated positive feedback from anyone. The supporting cast for Full Sun includes Sohn Ho Joon (of Answer Me 1994 fame) as rival to our hero, Kim Yoo Ri (who is going from Master’s Sun to Full Sun) and Jo Jin Woong (Tree With Deep Roots) as the hero’s partners in his con man hijinks and also forming a love triangle. Song Jong Ho is doing a cameo as Han Ji Hye’s fiance. I really liked him in Answer Me 1997, his role was full of warmth and he was brilliant in it. 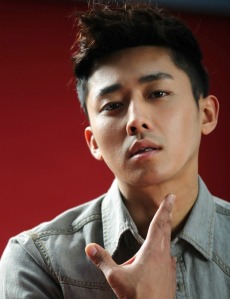 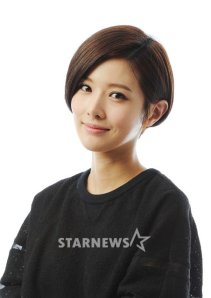