I have seen Yoon Sang Hyun doing comedy in Secret Garden (where he was simply awesome with great comic timing) and then in I Hear Your Voice, where he nailed the role of an upright lawyer adding his own gravitas to it. I think he is great in melting into the characters he plays and now we can see him as a detective — and I love it when my heroes play investigators. The drama will be aired on cable network tvN and is tilted Gap-dong, which is a thriller based on serial murders. The drama is about a twenty year old unsolved case of serial murders and the killer is called Gap-dong. Yoon Sang Hyun plays a detective whose father was the main suspect for the said killings but he committed suicide during the interrogation period. Later our hero vows to hunt down the real culprit and clear his father’s name. He is continuously working on this case but to no avail and after the statute of limitation has expired, the serial killer comes back. Creepy. The other actors starring in the show are Song Dong Il (another great casting) who plays a veteran detective, Kim Min Jung (The Third Hospital) as psychiatrist, Kim Ji Won (Heirs) as a webtoon artist who becomes the killer’s next target and Lee Joon (IRIS 2) as a barista.

Another great thing attached with Gap-dong is the PD who helmed I Hear Your Voice and so we have his reunion with Yoon Sang Hyun. I think it will be pretty interesting to see the latter play a serious character as we have mostly seen him in comedy roles. The writing is from writer of Royal Family. Gap-dong is slated to follow Emergency Couple in the time slot of Friday-Saturday. Check out the script reading pictures. I’m actually surprised to see a smiling Kim Ji Won in the above picture as I had gotten used to her cold and supercilious personality in Heirs. 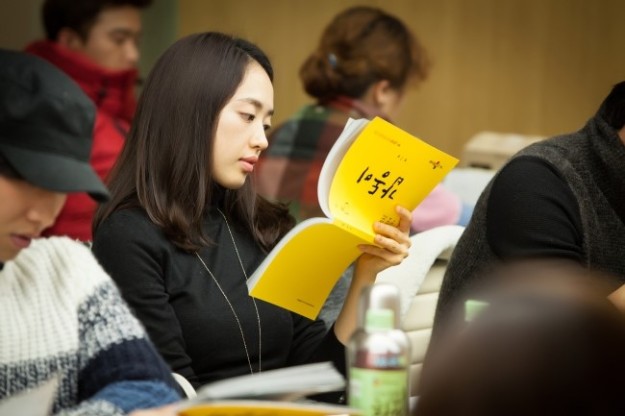 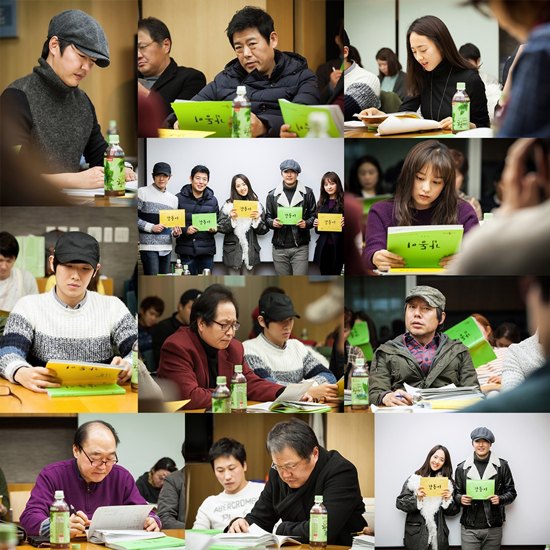