I know many viewers who are highly anticipating the new KBS music themed drama Tomorrow Cantabile, which is based on a very popular and beloved manga Nodame Cantabile which was also adapted into an equally adored J-drama of the same name. Joo Won and Shim Eun Kyung star as main leads in the show with a hero who dreams of becoming a conductor and a heroine who has a 4D personality and is a genius pianist. I’m only mildly excited as neither I have seen the actors in anything before nor have I seen the original story. It’s actually a good thing that I’ll go with an open mind and I actually like the promo materials released so far. This drama could prove to be a classic rom-com for me with a bickering couple and cold-reluctant hero. The show also has a long cast list and I hope we’ll get some good camaraderie. The actors are Go Kyung Pyo as a student who plays violin and believes in following your heart and is free-spirited, Do Hee as a student who majors in contrabass, Park Bo Gum who takes on a new character who is not present in the manga, Jang Se Hyun who plays timpani and Baek Yoon Shik who stars as a famous conductor. I really love the poster above where everyone is holding their respective musical instrument and it really gives off a vibrant, cheerful aura.

Tomorrow Cantabile premieres coming Monday and is taking over the slot vacated by Eric-Jung Yumi reunion vehicle Discovery Of Romance which I originally planned to watch but then gave up as it was not getting many favourable reviews. I’m hoping for a youthful, musical, fun journey from Tomorrow Cantabile. Fingers crossed! 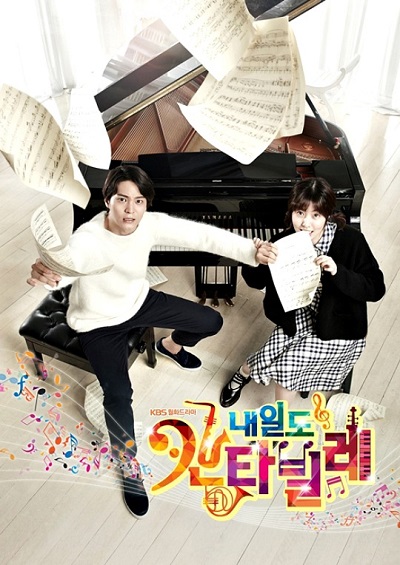 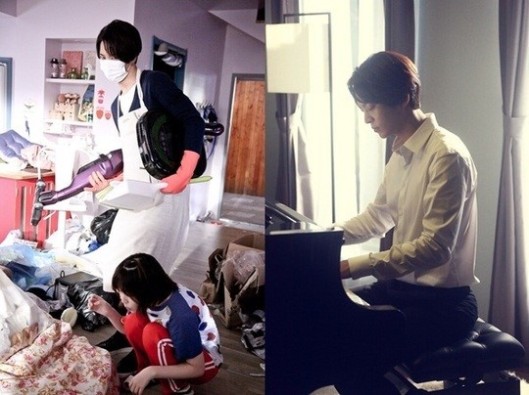