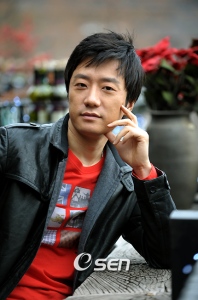 Kim Myung Min. Yoo Ah In. Byun Yo Han. How can I turn a blind eye like I normally do for long sageuks when the drama signs on these powerhouse performers together. I would never have imagined these names to be written down in a single line but I’m totally anticipating this drama. Can you believe that? For a long sageuk, the story of which sounds all boring and political. LOL. Anyway, the epic series Six Flying Dragons is going to be broadcast on SBS, a highly ambitious project, and comes from the team behind highly acclaimed historical drama Tree With Deep Roots, which came in 2011.

Six Flying Dragons will set the story in early Joseon period. Yoo Ah In(Secret Love Affair) plays King Taejong (he will actually be in the early years till when he did not become a king) and Kim Myung Min (King Of Dramas) plays Jung Do Jeon, who was a scholar and politician and acted as advisor to King Taejo, played by Chun Ho Jin (City Hunter, Two Weeks), who was the founder of Joseon dynasty. The drama will depict the conflict that arises when the two main characters clash due to their thinking about what direction the government should take. Baek Jin Hee (Pride And Prejudice) will play Yoo Ah In’s love interest and a determined woman who hates injustice. Byun Yo Han ( Ex Girlfriend Club) stars as her elder brother and bodyguard to Jung Do Jeon. The talented up and coming actor Yoon Kyun Sang (hyung from Pinocchio) is in talks to join the cast as Yoo Ah In’s bodyguard. Also courted to star is Jung Yoo Mi (Maids). Well, I’m sure that we’ll see more additions to this epic cast and I will really need to make a character chart to remember everyone and their connection.

I think I will have to put my shoulders to the wheel to give a chance to a long drama and that too a sageuk but anything for this once-in-a-blue-moon cast ensemble. Six Flying Dragons is planning for a September premiere. This is definitely a high-profile project with a high-profile cast, so hopes are already reaching to the heights of sky.