Oh this one seems like a possible dark horse. Age Of Youth is the new drama for JTBC which starts this Friday, on 22 July, and despite not boasting top star cast, the show looks promising with something fresh to offer. It is about five roommates with different personalities and tells their stories of friendship, relationships, college life, issues that youth suffer, their dilemmas and growing up.

The female centric star cast includes Han Ye Ri (Six Flying Dragons) as a hardworking girl with multiple part-time jobs, Park Eun Bin (Secret Door) as a girl with bright personality, Park Hye Soo (Yong Pal) as the shy one, Han Seung Yeon (Jang Bo Ri is Here!) as a girl who blindly believes in love and Ryu Hwa Young (Ex-Girlfriend Club) as someone who is efficient in the thing called dating. I like the basic premise and the drama looks like an upbeat, modern take on the issues surrounding the youth. We have seen many female friends previously in many shows but I think this one talks about the youth, whereas those serials were all about women in their 30s. But it’s also true that the characters sound stereotypical.

Age Of Youth will be a Friday-Saturday show and with only 12 episodes, it looks like a pretty easy commitment. Suddenly my interest has grown in this one, which nearly passed under the radar for me. It is helmed by the PD of Last Scandal and My Love Eun Dong and penned by the writer of Wild Romance, White Christmas and Evasive Inquiry Agency — which further adds to strengthen my interest as although I haven’t seen her shows, the last two dramas have received a lot of praise. 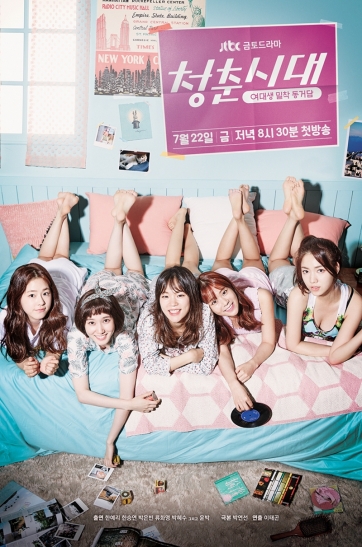