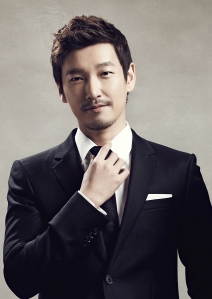 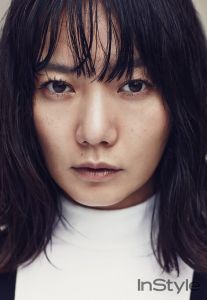 Yayyyy! Jo Seung Woo is back! I already loved him after his mesmerizing act in movie Classic but my love grew by leaps and bounds after watching him being awesome again in 2014 drama God’s Gift – 14 Days (and I would have said the love thing about this show as well but that ending!!!*big sigh*). Hence, of course I’m grinning like a Cheshire cat after hearing the news that he has confirmed upcoming mystery thriller for tvN, titled Forest of Secrets. Not only that, Bae Doo Na, who has mostly done movies in past years (her last TV show was Gloria in 2010), along with Netflix series Sense8, will be joining him in the lead role.

Forest of Secrets stars both the leads as prosecutors/cops — Jo Seung Woo plays a cold and lonely one who has lost the ability to feel emotions after a brain surgery, while Bae Doo Na plays a warm but lonely policewoman who is new in her job but extremely skilled. They both will work together to solve a case of a serial murder. Okay, I like thrillers but I think dramaland is constantly churning up these cop thrillers with only one kind of story — chase of a serial killer. It has been done a thousand times, so I really hope this show will have some fresh spin to the concept done to death.

Lee Joon Hyuk (City Hunter) has been cast as a prosecutor with an inferiority complex and Shin Hye Sun (Legend of the Blue Sea) will play a trainee with a prestigious background. Forest Of Secrets will be fully pre-produced and will air after Chicago Typewriter ends in June in the Friday-Saturday slot, which itself is premiering this week on the 7th.