It looks like I’m reading about upcoming JTBC drama Man To Man from a very long time and the show should air already. The drama was announced around early 2016, then the cast got finalised. It’s a pre-produced drama and so teasing us with lots and lots of stills and teasers and hence, the feeling of it being very much buzzed about.

Anyway, the drama stars Park Hae Jin (Cheese In The Trap) as a brilliant and mysterious special investigation agent who gets hired as a bodyguard for a film star, played by Park Sung Woong (Remember- Son’s War). The latter is known for playing villains in this fictional world. Kim Min Jung (Gapdong) takes the role of his biggest fan turned manager (wow, a dream job indeed!), Yeon Jung Hoon (Mask) plays the main antagonist and Chae Jung Ahn (Prime Minister And I) plays the wife of a rich man who wants divorce. She has a past with Park Sung Woong’s character. Man To Man is basically about how the two main leads, the star and the bodyguard have their life connected and events that follow.

I’m not a huge fan of any of the cast member but have a general good impression of them. Also, the story looks like it will have loads of humour, bromance and adventure. Man To Man has PD of Birth Of A Beauty and Remember–Son’s War at its helm. The writer has shows like Descendants Of The Sun and The Queen’s Classroom under her belt as a second writer.

Man To Man hits the airwaves on 21 April as a Friday-Saturday drama. In addition to JTBC, it will also air on Netflix — another step of the company to enter the Korean drama realm. 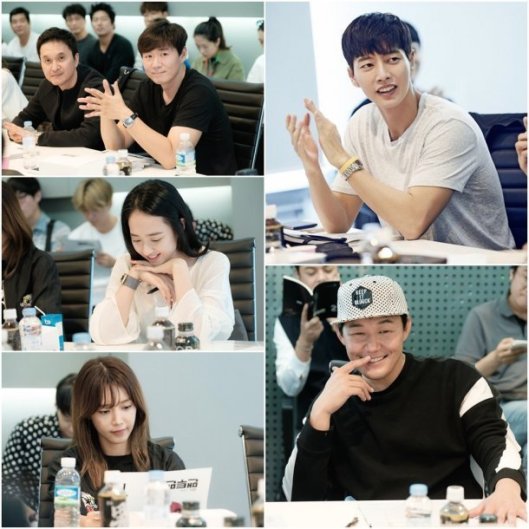