Lookout has been gaining momentum gradually in terms of creating anticipation after being under the radar initially. The show is a crime thriller about a group of people who join hands to fight against evil after losing their loved ones. The show will premiere on MBC as the brand new Monday-Tuesday drama following Rebel: Thief Who Stole the People which received decent ratings throughout its run.

Lookout has an interesting cast consisting of Lee Si Young (last seen in another thriller My Beautiful Bride, which is on my plan-to-watch list from ages!) as an ex-detective who lost her daughter when she was killed by an unknown person and her aim is to search that murderer and bring justice, Kim Young Kwang (I have only seen him in Pinocchio, but he very recently did rom-com The Man Living In Our House) as a cool, materialistic prosecutor who hides a desire for revenge of his own, Kim Seul Gi (she is always fantastic!) as a reserved, reclusive person who once was a bright and cheerful high schooler but turned the opposite after facing a crime, Kim Tae Hoon (I love how he is now moving towards positive roles after having seen him as villain in so many dramas — Nice Guy, Angry Mom) as a passionate prosecutor and finally, pop group EXO‘s Key as a genius hacker. The show also marks the comeback of talented actor Shin Dong Wook who will play Kim Young Kwang’s half-brother. The actor was diagnosed with CRPS in 2010. I have seen him in few episodes of Soulmate (dropped it!) and he was so good in it!

The eclectic cast and characters with one more overarching theme of bringing down the ones who make wrong use of power and fighting against evil. Lookout comes from a new writer who won an open scriptwriting competition for MBC and the director of Shine Or Go Crazy and Two Weeks — which was an AWESOME thriller! So yay! 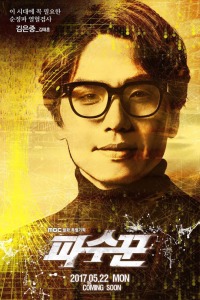 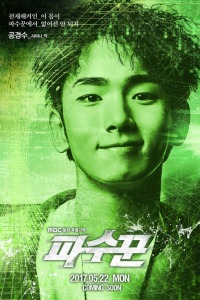 4 thoughts on “Crime thriller ‘Lookout’ arrives on MBC this Monday”