I loved The Producers, overall and especially in its initial days when it experimented with a brand new format of mixing elements of drama and variety, a mockumentary style to tell its narrative. Unfortunately it dropped that style to fit in with the large audience’s demand. The broadcast network KBS thankfully wanted to bring this refreshing treatment back again and hence, we have that in the form of The Best Hit. It’s a new variety-drama starting on June 2 in a new slot of Fridays and Saturdays, the same one which was invented for The Producers and later dropped.

The Best Hit has Cha Tae Hyun (The Producers) as an actor as well as co-director, along with the PD of popular variety show 1 Night 2 Days. So the plot — Yoon Shi Yoon (Mirror of the Witch) plays a 90s top idol who somehow travels to present. 2017 has Kim Min Jae (Twenty Again) as a student who has the secret identity of being an idol trainee and Lee Se Young as a civil service aspirant (I have no idea who she is but I have been hearing her name quite a lot these days. She last starred in weekender Laurel Tree Tailors and Police Unit 38— I don’t recall her in the few episodes I did see of this show. That’s what happens when you remain away from dramas for so long!) Cha Tae Hyun stars as a CEO of a small entertainment company, with a 20 year long crush on Yoon Son Ha (Six Flying Dragons) who plays Kim Min Jae’s mother. Since it’s a drama based on entertainment world, it’s obvious that we will be enjoying many cameos, here are a few names: Jang Hyuk, Lee Kwang Soo etc.

The Best Hit is basically about twenty-somethings who struggle, dream and love. The writing is by the screenwriter of Potato Star 2013QR3, To The Beautiful You and High Kick series. So we can surely expect lighted hearted fun and zippy vibe. I think we all will have to burn the midnight oil in order to accommodate all these new and new dramas coming out one after the other! 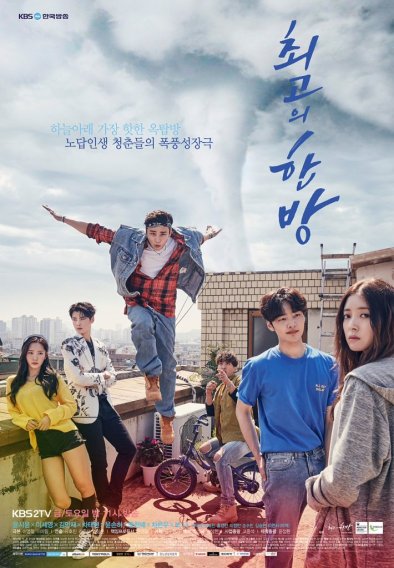