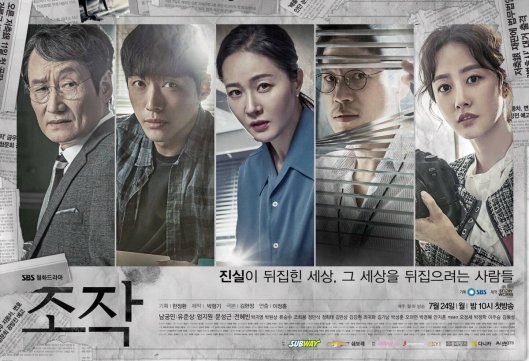 Soon on the heels of his much-loved role in Chief Kim, Nam Goong Min is back with a new drama, titled Falsify. It will be as different as day and night from the former as it will be a serious legal/ political thriller about reporters and prosecutors. The show also stars Yoo Joo Sang, Uhm Ji Won and Jeon Hye Bin in the lead roles. It looks like an intense thriller dealing with bringing down the corrupt beings of society.

Nam Goong Min stars as a reporter of a third-rate tabloid who has chosen this profession with the sole motive of getting revenge for his older brother. Yoo Joo Sang (Pied Piper, Heard It Through The Grapewine) plays a legendary reporter who believes in rules and regulations. Uhm Ji Won (The Woman Who Still Wants To Marry) plays a badass prosecutor while Jeon Hye Bin (Woman With A Suitcase) takes up the role of a veteran photojournalist. All these people will join hands to fight corruption. I’m always a happy camper when teams are formed (especially when the members are initially reluctant) to achieve difficult task of bringing justice and defeating the evil guys.

Falsify is another leading man project for Nam Goong Min after spending so many years in effective second lead roles. I think it was nice of him to try various kinds of roles all these years and now with the success of Beautiful Gong Shim and Chief Kim, he is getting meatier and main lead roles. Falsify created some buzz early on when it was not able to finalise the female lead as the baton passed from one actress to another —  Chun Woo Hee, Kim Ok Bin, Kang Han Na — before confirming Uhm Ji Won.

The new Monday-Tuesday drama on SBS follows underwhelming sageuk My Sassy Girl and starts airing next week. It comes from one of the PDs of Six Flying Dragons (who has directed drama short I’m After You), and one of the writers of Who Are You – School 2015. 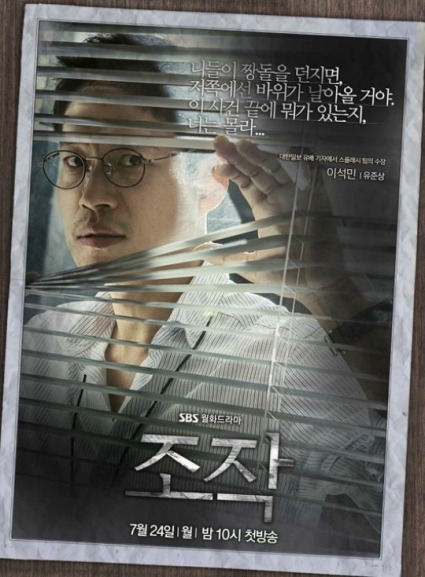