Jae Hee has been a beloved actor ever since I watched him in my first drama Delightful Girl Choon Hyang. He is working in daily dramas mostly from past few years and that is all fine but I don’t watch dailies and hence I’m not able to see his wonderful acting as much as I want to. He last did a cameos in thriller Voice 2 and also appeared in 2018 movies Memento Mori and New Old Story.

He will next be seen in daily drama Blessing Of The Sea (also known as Protect The King). It is based on the Korean folk tale called The Tale Of Shim Chong and is a modern version of the tale. The show stars Lee So Yeon (Man Who Dies To Live) as a woman with a bright personality and one who views the world in all its colourful glory and Jae Hee as a pianist who, of course, sees only black and white, and though being highly skilled, he is lacking in sensibility. The drama is about their relationship as well as heroine and her father.

Blessing Of The Sea comes from the PD of Teacher Oh Soon Nam and also stars Kim Hyung Min (The Guest) and Jo An (Ten) as second leads. I do love the sea themed, breezy posters of the drama. It premieres on January 14 on MBC and will air from Monday to Friday. 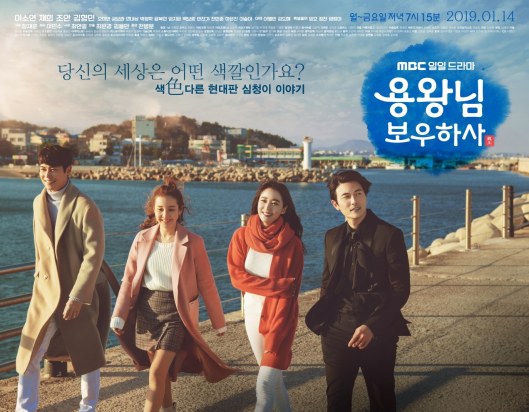