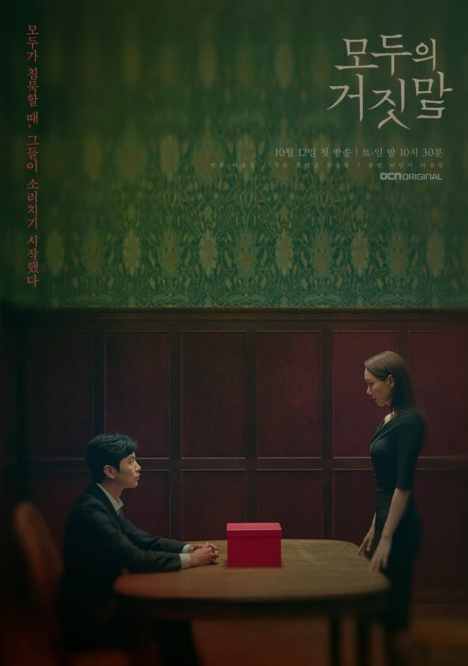 OCN is rounding out the weekend slot of the year with political thriller drama The Lies Within and the show stars Lee Min Ki and Lee You Young in the lead roles. It’s a mystery plot about a mysterious death due to accident of a politician. Lee Min Ki is returning to dramaland after last year’s Beauty Inside and plays a detective here in a nice change of genre and role from his past few works. Lee Yoo Young was last seen very recently in My Fellow Citizens. Here she plays the daughter of the above mentioned lawmaker whose husband goes missing after the sudden death of her father. The two main characters team up to solve the mystery behind these unusual events.

The Lies Within is being helmed by the PD of shows like Coffee Prince, Cheese In The Trap and Heart To Heart, surely a different genre from what we usually see in her dramas, which are mostly slice-of-life. The drama also stars Ohn Joo Wan (Man Who Sets the Table) in an important role.

The premiere date for The Lies Within is October 12th this week. I’m always up for a suspense thriller and that makes this drama an addition to my plan list.