New year, new dramas! 2021 has some very promising Korean dramas in its bag but for now, let’s talk about the current month of January. With a lot of shows starting in December, January has only three drama premieres. Hence, a very short list!

She Would Never Know / Sunbae, Don’t Put on That Lipstick

About: Two colleagues in a cosmetic company where the guy is attracted to his senior but she is not interested in dating younger men.

Thoughts: My first thought was Something In The Rain (Pretty Noona Who Buys Me Food)! But of course on close inspection, I can see the differences. I’m excited for this one as I’m liking the romantic vibe I’m getting from the posters and stills and synopsis. I haven’t seen either of the leads before but have heard good things. Also, it’s JTBC so some bit of drama quality is automatically expected.

Thoughts: I like the sound of a show featuring women of different age groups, giving an opportunity to showcase their respective challenges of love, work and life. But the writer has previously penned makjang dramas like Princess Aurora and Apgujeong Midnight Sun, which are not my cup of tea.

Be a Meal / A Good Supper 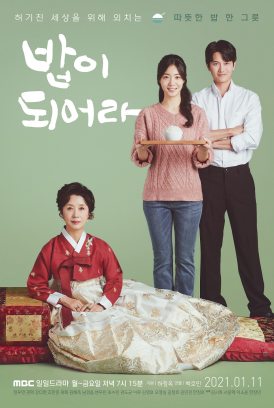 About: A woman who is born with a talent to make authentic royal cuisine.

Thoughts: I would have said the usual ‘new daily drama’ but what makes Be A Meal different is the fact that it stars Jae Hee! He is one of my favourite Korean actors but so underrated. The series seems like a good way for viewing mouth watering dishes everyday since its main theme is food.

(Featured Image by OpenClipart-Vectors from Pixabay)