We don’t see a lot of sit-coms in dramaland. Some titles that come to mind are High Kick series, Kimchi Cheese Smile, Standby and Vampire Idol. Coupang Play is bringing a new entry in this category — Unicorn, which is set in the chaotic world of startups and is premiering on Friday this week.

Unicorn is led by Shin Ha Kyun (Beyond Evil, Brain), who plays the eccentric CEO of a startup called MacCom. Won Jin Ah (She Would Never Know) plays his smartest employee, and we can see a lot of familiar faces in the cast who form the team of employees — Lee Yoo Jin (Be Melodramtic), Kim Young Ah (Was It Love?), Bae Yoon Kyung (The King’s Affection) and Kim Wook (The King: Eternal Monarch).

Coupang Play is a web streaming service that has broadcast original dramas like One Ordinary Day and Anna in the past. Unicorn surely looks like a bundle of laughs, laced with great acting talent. It will air every Friday from August 26 and is co-written by actor-writer Yoo Byung Jae who has written The Superman Age (2015) and the writer of show Extraordinary You (2019). 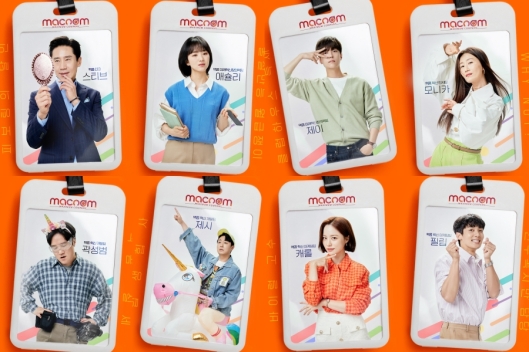