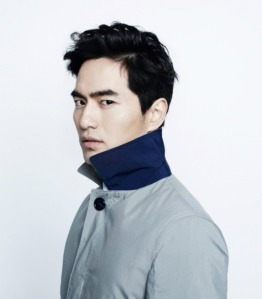 You just want to be a fly in the wall of these network meetings as I wonder why SBS let go Goodbye Mr. Black, as the drama boasts a high-profile cast and juicy premise and it looked sure shot to air it as the follow-up drama to Village: Secret of Achiara. Anyway, after a few weeks of unsureness and apprehensions about the future of the manhwa adapted drama, the show has finally got a new broadcast station as MBC has confirmed to air it in its Wednesday-Thursday slot sometime in early 2016.

Well, I never had doubts that the drama will be shelved forever, what with the cast including popular and talented names — Lee Jin Wook, Moon Chae Won, Kim Kang Woo and Song Jae Rim. The story is about a man seeking revenge when his best friend and lover betray him. He changes identity and takes help from a woman as they pretend to be married and falls in love with her and also his wounds are healed in the process. Lee Jin Wook and Moon Chae Won are the two characters.

Kim Kang Woo joins the cast as the CEO of a resort. I’m guessing that he will play the friend’s role but nothing has been specified yet. Song Jae Rim plays a publisher and editor. I like the cast and set-up and I’m eagerly waiting for this show. I hope it will be as exciting, entertaining and fast-paced as it sounds.

6 thoughts on “MBC is the new home for ‘Goodbye Mr. Black’”