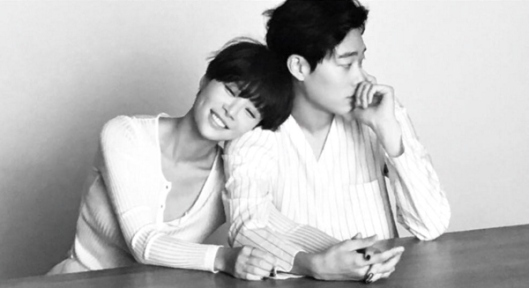 This is really a must watch for me! It stars Ryu Joon Yul! My new favorite actor, thanks to his charming turn in Answer Me 1988. I was eagerly waiting for his next show and it is arriving in the form of upcoming romantic comedy Lucky Romance. Its rom-com genre is just the cherry on top but I was not too excited to hear that the leading lady is Hwang Jung Eum. I don’t have any problem with her but I find her energy level a bit too much in certain roles/scenes and her overacting takes that annoying turn a lot of times. I liked her a lot in some scenes of She Was Pretty, even her comedy when she was subtle, but there were lots of scenes where I just had to say, please dial down! Anyway, the two leads do look great together in the first stills provided by the drama and I’m looking forward with a hopeful mind.

Lucky Romance is a classic case of opposites-attract romance. The heroine is a superstitious woman who is told by a fortune-teller that in order to avoid a terrible fate, she should have a one night stand with a guy, our hero, who is born in the year of tiger. The hero is a tech savvy person who is also very stingy and stiff. He will also be her land lord, which is how they meet.

The second leads are Lee Soo Hyuk and Lee Chung Ah (Flower Boy Ramyun Shop). Haven’t seen her in anything but I really liked him in High School King Of Savvy and the few episodes of Scholar Who Walks the Night that I watched. He plays a tennis player who is a cheerful person. I like this fresh trait to his personality as he was kind of opposite in the dramas I’ve seen him in. He is also our heroine’s first love. Lee Chung Ah will play his sports agent and I really hope they will have a cute love story of their own. She is also our hero’s first love. Haha. Now that’s the very definition of cliché in dramaland!

Lucky Romance will be helmed by the PD of Rascal Sons, Hero and Gloria. The writers are new. It is based on a webtoon and is planned to get broadcasted from May. It will air on MBC and will follow Goodbye Mr. Black on Wednesdays and Thursdays. 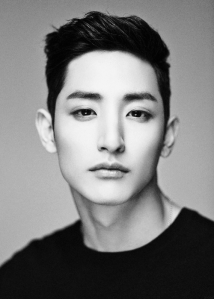