I loved Age Of Youth from the bottom of my heart, it was so spellbinding across the board. Awesome characters, low-key vibe, amazing female friendship, delicately handling the balance between humour and poignancy, so realistic and dealing with a range of issues. The show ended on a note which left room for further developments and now we have a brand new season for the drama. I was so looking forward to witness the lives of the five roommates of Belle Epoque that made us like them so much! Alas, I’m sad that one of my most favorite characters, Ryu Hwa Young‘s Kang Yi Na won’t be there (she will just have a cameo) and the adorable love birds Eun Jae and her sunbae will have a break up (also, we won’t see actress Park Hye Soo as she was having scheduling conflicts due to an upcoming movie and she will be replaced by Ji Woo as Eun Jae — which won’t be weird at all! *rolls eyes*). These minor quibbles aside, I’m really excited for the second instalment with a hope that we will warm up to the new additions sooner than later.

Age Of Youth 2 will see 3 out of 5 actors reprising their roles with some changes in their lives. The senior most, determined and mature Yoon Jin Myung (Han Ye Ri) who struggled a lot previously has now secured a permanent job. It looks like the romantic track with the chef will not continue as I don’t see Yoon Park’s name in the new credits (saaaad!). Outgoing Jung Ye Eun (Han Seung Yeon) will now be more subdued and quiet after suffering through an abusive relationship, and bubbly Song Ji Won (Park Eun Bin) will be more or less same — the thread that binds the whole house family together and also struggling by being single but wanting to date someone. Yay for Shin Hyun Soo, which means there is still hope for patch up with Eun Jae. Also, actor Son Seung Won will be returning as Ji Won’s friend which makes me happy as I wanted to see more development in their relationship.

Now the new faces — Ji Woo (You’re All Surrounded) will be playing the youngest Eun Jae and the house will have a new member with mysterious Jo Eun, played by newcomer Choi Ara, entering as the new person. Then we have Kim Min Seok (Doctors) as the representative of the landlady this time (I will definitely miss the charming landlady), Lee Yoo Jin (Twenty Again) as an engineering student who never had any girlfriend, Ahn Woo Yeon (Circle) as a failed Kpop Idol. I’m sure the new male cast will fit into various love lines with our eclectic female characters.

As was the case with season one, which sprinkled the slice-of-life series with dark and mysterious elements, Age Of Youth 2 will also include that as a threatening letter is received by the residents of Belle Epoque. The drama has the same writer-PD team behind the camera and it will premiere next week on JTBC with same 12 episodes count. 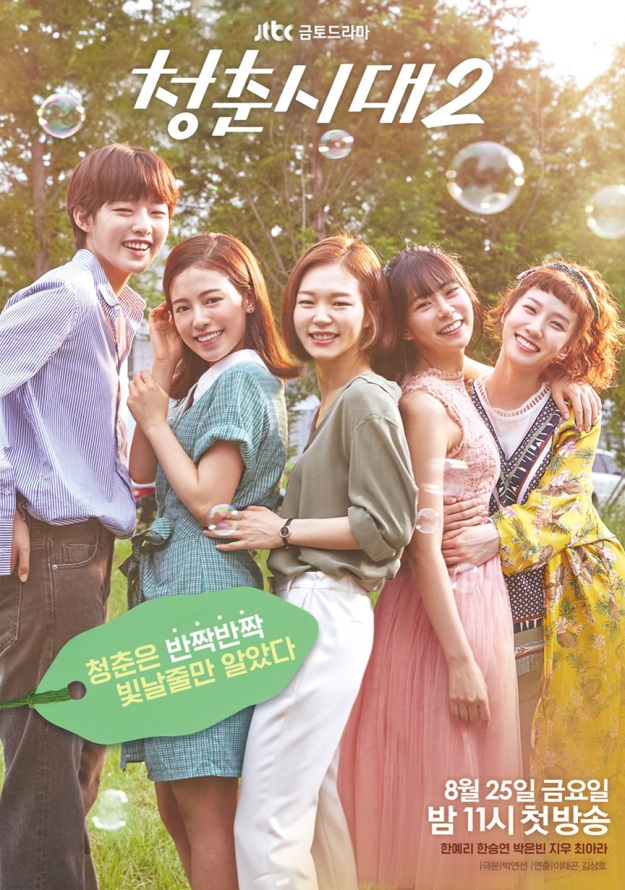 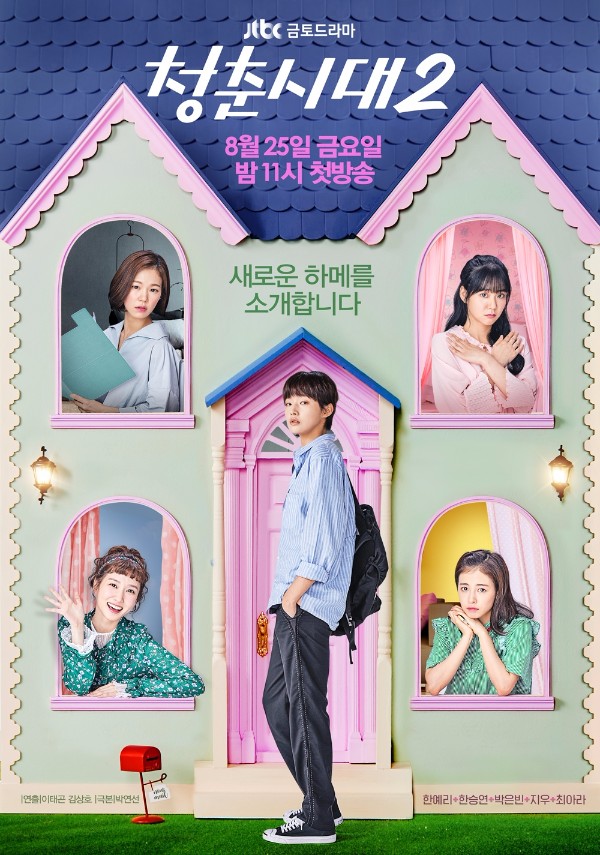