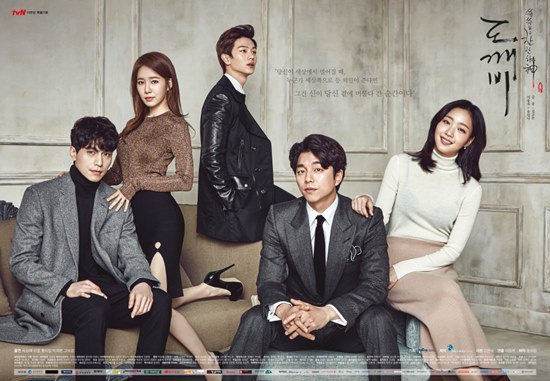 Goblin premiered in the tail end of 2016. It grabbed the headlines the moment it was announced, having plenty of reasons: star writer Kim Eun Suk (penning her second drama on the heels of smash hit Descendants Of The Sun in the very same year), top leads Gong Yoo (returning to small screen after a long time since 2012’s Big) and Kim Go Eun (mostly a movie actress and winning hearts with drama debut in Cheese In The Trap) and a fantasy filled premise. And as expected, Goblin went on to become a smash hit, hitting the right notes for the most part as it is certainly not without flaws.

It is a story about an immortal Goblin (Gong Yoo) whose tale starts centuries ago when he was just a human Kim Shin who was fighting for the king, who was married to his sister. King, in his insecurities and misunderstandings, orders to get him and his sister killed. God gifts Kim Shin with immortality and super powers, turning him into a Goblin. He can only get free of this life when his bride will remove the invisible sword from his chest. Said bride turns out to be high schooler Ji Eun Tak (Kim Go Eun). Then there is a Grim Reaper (Lee Dong Wook), Eun Tak’s employer Sunny (Yoo In Na) and Yoo Duk Hwa (Yook Sung Jae) whose family has looked after Goblin all these generations. Also, there is Lee El as a goddess.

Goblin has a very grand epic feel and premise and the drama deftly weaves a tale binding the past with the present. The mythology and rules of its fantasy world are well-drawn. The scale is spectacular and the past scenes specially have a movie-like feel to them. I do think there were some portions of fantasy rules that were not so lucid, and went for easy explanation of ‘true love’. 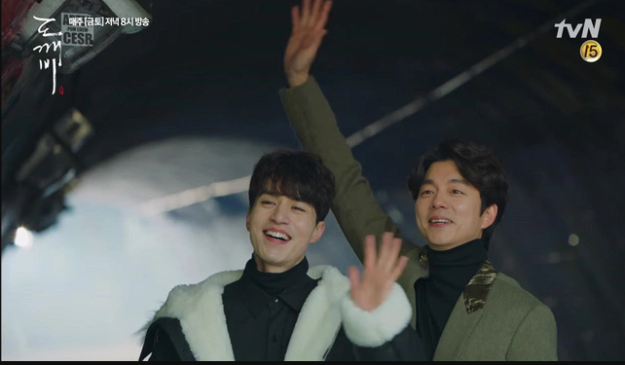 The characters are mostly interesting, with Goblin and Grim Reaper easily being the pièce de résistance of the drama, as well as their relationship. Goblin aka Kim Shin is such a tragic character, sacrificing his life as a human and then suffering through loss of all loved ones through centuries as he is the only one remaining with memories of people gone by. At the same time, he is not some melodramatic sad sack, as he is cute, funny, goofy, cheeky and actually has a love for life. He has a golden heart, helping people from time to time.

Then there is Grim Reaper. He also suffers from a tragic fate. In the present state, he is this expressionless being who is so unaware of normal emotions. It’s a joy to see him gradually becoming more animated and expressive. Without giving anything away, I would say that his character arc was full of melancholy but you can’t help but feel sorry for him. Sunny is another lovely character (though underdeveloped as it’s given a less amount of time).

Among the side characters, Duk Hwa is an absolute delight with his immaturity. Secretary Kim is another great one. Lee El as the god brings enigma and substance in her various avatars. 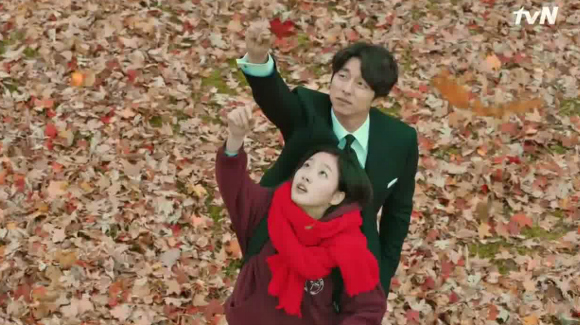 You must be wondering why I haven’t talked about our heroine aka Eun Tak. Well, I was not impressed with this character as it felt just too cutesy and quite plain compared to others. She was just okayish. Which brings me to my next problem with the show: the main romance. It worked only on surface level. I did get the whole ‘only one can survive’ and the high stakes in their love but it never touched my heart. Maybe it also has to do with the fact that the show just runs around in circles for some considerable portion without much happening. Also the relationship looked more as a result of curiosity and infatuation, rather than the gradual build up (which is mostly my problem with writer’s other works as well).

On the other hand, I loved the relationship between the Grim Reaper and Sunny which had a solid foundation and their awkward interactions were so much fun. The bittersweet factor added depth. 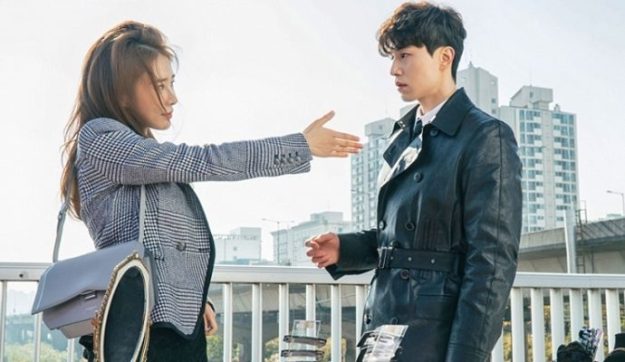 The episodes are longer than required, which is emphasised all the more due to initial lack of major plot development. The flashbacks (in full glory) take up a lot screen time which bored me to no end. The important events happen much later and thus get resolved quickly.

Now that I have enumerated the issues I have with Goblin, it’s time to talk about the goodies and the drama has plenty of it. I hope I’m not sounding like a broken record but the main strength of the show are its two male leads and their characters. Gong Yoo and Lee Dong Wook are at top of their game. The bromance is amazing, it’s a blast watching them bickering and caring with and for each other. Humour and comedy is pure gold and it’s amazing how even when the situation is dire, the drama has many humorous moments. I laughed out loud on so many occasions from start to finish. I also loved the relationship between the Grim reaper and Eun Tak, which was a lot more interesting and warm than the one she had with Kim Shin. The cinematography is first-rate, adding a movie-like quality to the show. Goblin has a continuous theme of life, death and memories. Also that people reap what they sow. 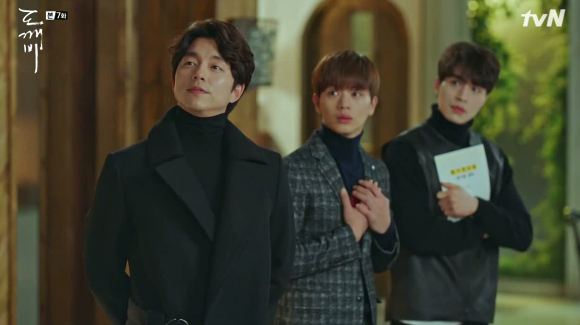 Gong Yoo makes a terrific drama comeback, making his role cute, deep, loving and Lee Dong Wook is awesome with his deadpan humour and emotions when things get serious. These two make their characters indelible. Kim Go Eun is cute but saddled with a role that is very generic and monotonous. Yoo In Na shines even in fewer opportunities given in terms of screen time. Yook Sung Jae is totally funny and his scenes with both the male leads are so much fun! Kim So Hyun is graceful, bringing so much depth in her cameo role as Kim Shin’s sister in the past. Kim Byung Chul as the main antagonist is scary.

Ultimately, Goblin has all the qualities that have made it so popular — it’s epic, with nicely sketched plot and characters, garnished with a thick layer of humour and melodrama. But it’s the boundless allure of its two male leads that forms its biggest asset. 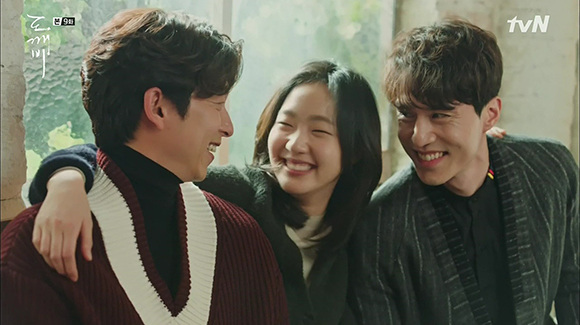