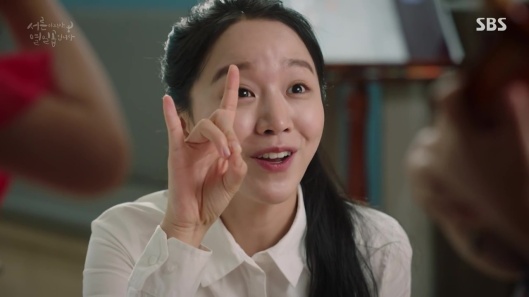 As I’m doing this segment (Episode Discussion) after a long time (the last time I did a proper one was for Oh My Ghostess), let me state that here I will not post recaps of a drama episode, only my thoughts regarding the same. Now with that out of the way, let’s start.

Thirty But Seventeen is still going strong with its cuteness and warmth. Episodes 5 and 6 (I actually liked the earlier format of calling them a single episode but well) took the story in the consequence of two things — Woo Seo Ri living with Gong Woo Jin and Yoo Chan, and what she is going to do now that she has found a place to stay after running from the hospital.

I knew Kim Hyung Tae won’t be able to find Seo Ri as it’s too soon for that and if he had, there would not have been any need for her to stay with the boys Woo Jin and Chan. And hence, no plot!

I loved that whole track of the plant and the pot — if given proper environment, one can rejuvenate and start again with a new zeal for life. Our hero is one such being, covered with guilt and tragedy of the past. Bit by bit, living with Chan, Seo Ri and even Jennifer, I’m sure he will also start living life with full zest. Again I found it really sweet of him to hesitate and help in telling Seo Ri about her job. Like she said, he seems cold but is actually kind and good.

Jennifer again showed how great she is, helping Seo Ri in so may ways and being her weird self. Chan and his friends provided lots of laughs but Chan’s thoughtfulness and care wins! He is just such a cutie pie, wanting for his uncle as well as Seo Ri to feel at peace and happy. 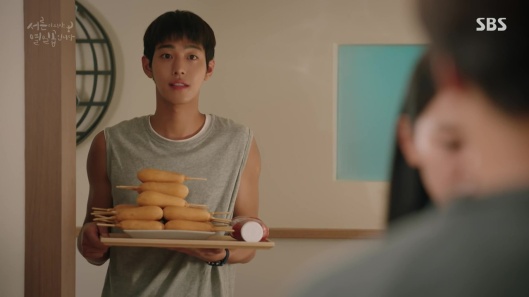 I’m so glad that finally someone knows that Seo Ri was in a coma for past 13 years and actually feels like she is still 17. Hopefully Woo Jin will also come across this knowledge soon, so that he can understand why she acts the way she does — so excited and sometimes immature.

Although Woo Jin has kept himself away from relationships all these years, now even if reluctantly, he is getting involved with Seo Ri in one thing after another. I just like that the drama has not painted him as an over-the-top version of a cold and rude person. In fact, he is just the opposite. Just a bit eccentric in some ways.

2 thoughts on “Thirty But Seventeen: Episodes 5-6”