I’m eagerly waiting for new tvN drama Mama Fairy And The Woodcutter as its plot sounds fascinating. It is based on a webtoon which itself is based on a Korean folktale called The Fairy And The Woodcutter. Moon Chae Won, whose last few shows were disappointing (Criminal Minds, Goodbye Mr. Black), plays the titular fairy and I must say she looks radiant in the teasers.

The drama is about a fairy who came down to earth during the Goryeo period and was bathing under a waterfall when a woodcutter took her fairy clothes and hid them. The fairy gets married to the woodcutter but he dies after falling off a cliff. Now she searches for her fairy clothes but fails to find them. She decides to wait for the reincarnated form of her husband. In the present time, she is 699 years old. Only a few people can see her true, younger self and for others, she is an old grandma, played by Go Doo Shim (You’re The Best Lee Soon Shin). She now works at a cafe. Kpop group Gugudan‘s Mina plays her daughter who has reincarnated as a tiger but she is a shapeshifter. The fairy thinks that either of two men, Yoon Hyun Min (Tunnel), an associate professor at a university and Seo Ji Hoon (Misty), a teaching assistant, is her reincarnated husband. The original tale has a different plot direction after the marriage between the woodcutter and the fairy. The drama surely sounds exciting with fairies, magic, shapeshifting creatures, reincarnations and not to mention, the bromance between the two male leads who will be of opposite nature, Yoon Hyun Min’s character is cold and prickly while Seo Ji Hoon’s is warm and friendly. Plus, Moon Chae Won leading the show.

Mama Fairy And The Woodcutter follows currently airing sageuk 100 Days My Prince, which is getting top ratings in the Monday-Tuesday slot. It is helmed by the PD of Woman Of Dignity who has also directed amazing dramas like My Name Is Kim Sam Soon and Que Sera Sera in the past. It premieres on November 5. 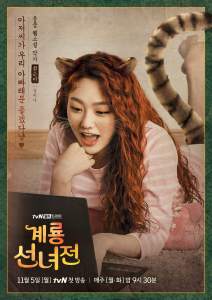 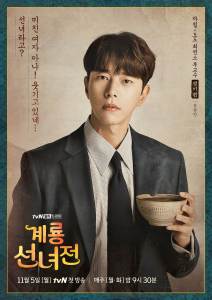