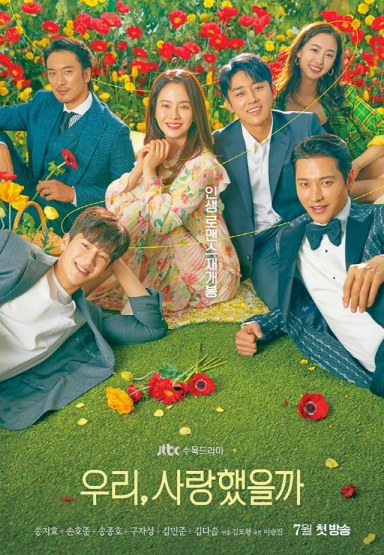 The good thing about Was It Love is that it’s a very easy watch without any emotional investment. Well, it’s subjective if not being emotionally involved can be a good thing. It’s rare that I don’t feel anything after watching a show and this drama falls in that category.

Song Ji Hyo stars as Noh Ae Jung, a single mother who lives with her 14 year old daughter Ha Ni and mother. She is an aspiring movie producer who works at a film company. Her boss flees after heavy debt on the firm, putting the responsibility on her to pay it back. She then tries to resolve this problem by planning a movie, by working with the creditor Koo Pa Do (Kim Min Joon) as the investor. Circumstances lead her to work with her old flame Oh Dae Oh (Son Ho Joon) as the director/ writer and old friend Ryu Jin (Song Jong Ho) as the lead actor. Then there is also her daughter’s teacher Oh Yun Woo (Koo Ja Sung) who is an old younger friend in love with her. The drama is about Ha Ni’s quest to find her father and Ae Jung’s new life situation.

The script of Was It Love is all over the place. For a very long duration of the show, nothing much happens. The relationships are half baked and despite there being four male leads, we don’t get satisfied development for most. The things get into gear in last few episodes, but it’s too late to feel much about them.

The drama starts with the present and gradually the past is unfolded. It is indeed refreshing but also leads to frustration when we don’t understand Ae Jung’s hatred towards Oh Dae Oh. Also, it leads Dae Oh’s character to seem too mean, self-centric, possessive and overbearing at times. The whole mystery about what-went-wrong takes longer than necessary to get resolved. Although there are four leads, there is never a doubt as to who is going to be the endgame for the heroine. Dae Oh and his dynamics with Ae Jung has been given maximum time. But it’s funny that after the first few episodes, I was not rooting for anyone as I had no emotional connection with the characters, especially Ae Jung.

At first I was impressed by the idea of a story involving a single mother wanting to fulfill her dream of becoming a producer despite the responsibilities and hardships surrounding her life. We have been told from the start about the efficiency and determination of Ae Jung. But when she starts working on her first movie as a producer, it all becomes quite underwhelming. The whole cast and crew gets signed on due to past connections and coincidences. Time and again, she is helped by others to resolve all the problems. Yes, she is resilient and determined but there are not enough scenarios to get a satisfying sketch of her character or qualities. It’s like she is just going through the motions. In fact, her habit of excessive apologizing is annoying. There is a distinct lack of proper communication between her and Ha Ni, as Ae Jung hides so many things from her even when it is clear that she is mature enough to know the truth. 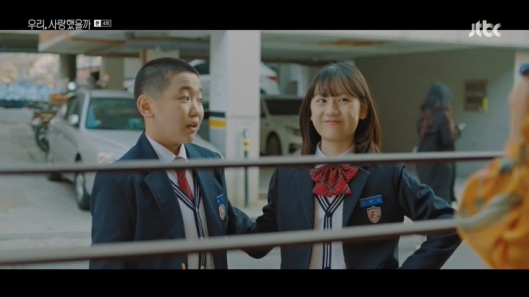 I did enjoy the past romance of Ae Jung and Dae Oh which was sweet and breezy. But their issues are resolved too quickly once misunderstandings are cleared in the present timeline. The drama never gives room for change of feelings over a period of 14 years. There is no nuance in handling of this relationship. Even when Ha Ni knows who her father is, the father-daughter duo is not given any time or space to grow or bond. Instead, there is a last minute unnecessary separation (again!) leading to an abrupt and preposterous ending.

All four main leads have a past connection with the heroine, even Pa Do. What was the need to make his past love have the same face as Ae Jung? Oh Dae Oh is possessive and childish but i like that he is also someone who does not beat around the bush. He also shows his caring side as the drama progressed. Ryu Jin is a quieter man in comparison. I enjoyed his movie star antics. Initially he came across as someone too hung up on his one-sided feelings but thankfully, he steps aside later (but too suddenly). Oh Yun Woo seemed like a really sweet guy at the start but then he seemed too obsessed and over-protective. But overall, his arc got a nice closure in the end. Koo Pa Do seemed the most interesting but sadly, he is not given much screentime or chance to develop. His relationship arc with Dong Chan looked promising but again, it has not been given a satisfying treatment. 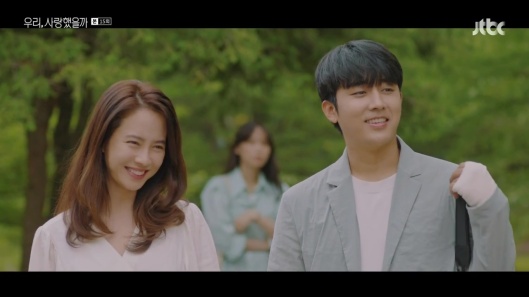 Nothing much happens in the name of movie production, which could have been lots of fun  and a chance to showcase Ae Jung’s talent. And don’t even get me started on the last minute switch of the drama into an action genre! Just to prove everyone’s love! *major eye roll*

As I said, all the above issues aside, Was It Love is light-hearted and undemanding. The track of Ha Ni and Dong Chan working together to find her father is adorable and their friendship is cute. I also liked the later development of romance between Joo Ah Rin and Ryu Jin (though her character is too self-centered). The family dynamics of Ae Jung, her mother (Kim Mi Kyung is always great) and her daughter also provides warmth. The soundtrack is also breezy and good. I also liked Sook Hee’s character — sensible, direct and frank. I wish her dynamics with Pa Do was explored more.

On the acting front, all the actors do a good job but I don’t think anyone adds a lot to what’s written on paper. Child actors Uhm Chae Young and Yoon Sung Woo give a brilliant performance.

BOTTOM LINE: An easy but forgettable ride. A good way for entertainment while multitasking.