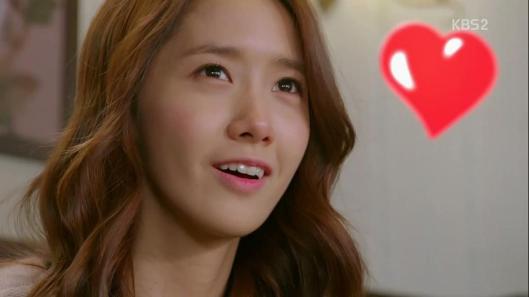 I can’t count how many times I’ve already said about how much I love Prime Minister And I. It takes me into a soothing, charming world where there is so much warmth, calmness and understanding. Episode 8 was another winner as we got to see more developments and realisations on our OTP’s front. Also, there were revelations of the past about things that accompanied a question mark with them till now.

SOME OF MY FAVORITE THINGS:

There is something immensely attractive about how Yul always sticks to his principles and with that he does all cute caring gestures for Da Jung. Also, in the midst of all swooning awkward moments between the OTP, we always get a nice treat of heartwarming conversation between the two. It is also pretty ironic that all the three characters: Yul, Hye Joo and In Ho, are still pinning onto the past while our bubbly optimistic heroine lives in the present. I seriously don’t get In Ho’s super high crush thing as love because he didn’t spend this much time with Da Jung that he is already showing signs of desperate love. As much as I like Da Jung’s cheery and happy-go-lucky nature, I hope she learns to be a bit more careful with In Ho as all the eyes are on them and that snowball fight on outside premises was somewhat reckless on her part. I’m sure she will avoid In Ho from now on as his feelings are out in the open. I like that there is gradual growth of Yul with respect to his father role as he is trying to communicate with kids, all thanks to our Da Jung who keeps on reminding him that. I simply can’t wait to see the OTP struggle with their feelings juxtaposed with circumstances that bring them closer nonetheless. 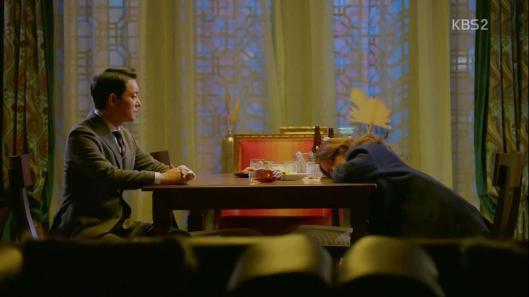 2 thoughts on “Prime Minister And I ~ Episode 8”