It is apt to call the current drama season a thriller season as there is an eclectic mix of shows airing right now with each offering their own stories encompassing the genre. I’m watching two of them (God’s Gift – 14 Days and Three Days) and planning to add the third one (I hope I don’t do an overdose!): Gap Dong. It is basically about a twenty years old case of serial murders with the killer known as Gap Dong. Presently when the statute of limitations has expired, the killer resurfaces. Yoon Sang Hyun leads the cast that consists interesting names of Sung Dong Il, Kim Min Jung, Lee Joon and Kim Ji Won. Our hero plays the detective who is determined to catch the culprit—not only for justice but also to clear the name of his father who was wrongly accused as the serial murderer and consequently, committed suicide. Sung Dong Il plays a veteran detective who was in service during the original murders and he will have an argumentative relation with our hero. Kim Min Jung plays a psychiatrist who leads a double life with a curiosity for anything related to Gap Dong. Kim Ji Won stars as a high school student and a webtoon artist who becomes the killer’s next target. Lee Joon is playing a barista who has an IQ of 150 and has an excellent memory, thereby making him useful in solving the case.

I like the intense and dark tone of the drama which is illuminated by its posters as well. It will be refreshing to see Yoon Sang Hyun in a very serious character this time and I’m loving his look for the drama. I’m sure he will be fabulous. I can already feel the nail-biting tension in the show. Also, it is always great as far as thrillers go, when the plot involves an age old mystery.

Gap Dong is set to premiere on April 11 as the next Friday-Saturday drama for tvN following Emergency Couple. I think we are in for lots of chills and thrills with this drama. Mark your calendars! 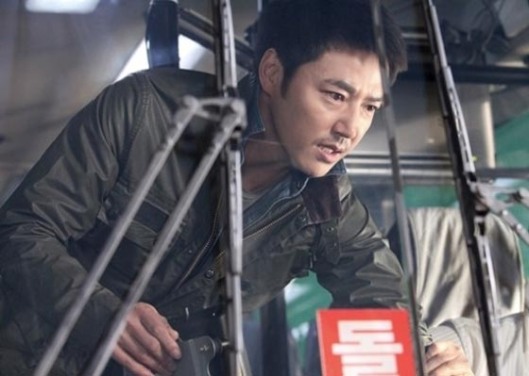 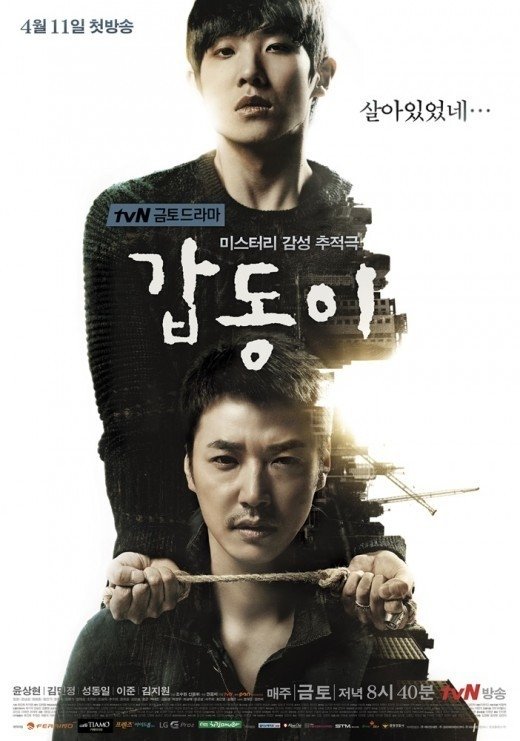 2 thoughts on “Posters and stills for thriller ‘Gap Dong’”