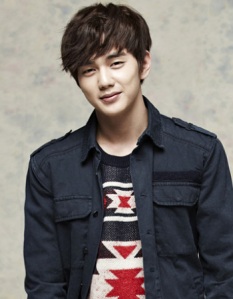 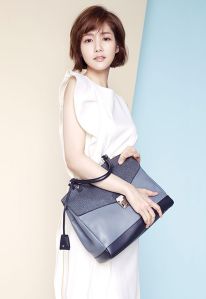 I haven’t got a chance to watch any Yoo Seung Ho (I Miss You) drama yet but I’ve read so much praise about the actor that I’m really interested in his upcoming work. This, and his decision to join the military service so early when he was receiving popularity is something I find really admirable (And he looks so CUTE!). Hence, when news came that he has been confirmed for upcoming SBS thriller about lawyers, titled Remember, I marked my calendar to give it a try. The drama will star Park Min Young opposite him and I reacted with a smile to this as I have always liked her ever since Sungkyunkwan Scandal, then City Hunter and recently in Healer where she was simply sparkling.

Remember is about a genius lawyer who has hyperthymesia, a condition in which the person has an excessive detailed memory. When his father gets framed in a conspiracy and gets a death sentence, he sets out to clear his name. But the problem is that he will also start to lose his memory and thus begins his race against time and loss of memory before it’s too late to save his father. Park Min Young will star as another lawyer who is also our hero’s friend since they were kids. She is about to quit the world of law when she comes to know about his father’s case and helps him with it. I have to admit that her role sounds like what she had in A New Leaf. Plus, the whole thing related to memory. I hope Remember is a lot better than that show which I couldn’t complete. Park Sung Woong (Hidden Identity) costars as a lawyer who is resourceful and tough and he also gets mixed up in this case.

I like the plot which looks promising to pack nail-biting tension and well, I always love well done courtroom thrillers. And the cast is also the highlight. Remember comes from the writing of film The Attorney  which received many awards and acclaim — another plus. The PD helmed shows like Birth of a Beauty and My Love, Madame Butterfly. It is slated to follow Village: Secret of Achiara and premieres in December.