I think the first thing I heard about K-entertainment was the movie My Sassy Girl. It was super popular (still is) and many of my non-kdrama-lover friends have at least heard about it. It was released in 2001 and stars Cha Tae Hyun and Jeon Ji Hyun in the lead roles. Its basic plot never made me excited to watch it and hence, I’ve still not seen the film. 2017 is bringing a small screen version of My Sassy Girl with same title and the drama is completely pre-produced.  It has been wrapped with a sageuk cover to provide a fresh layer and the iconic roles have been reprised by Joo Won and Oh Yeon Seo. The show premieres next week as the Monday-Tuesday drama on SBS following top rated legal thriller Whisper.

Set in the Joseon period, My Sassy Girl stars Joo Won as a scholar who falls in love with the sassy princess, played by Oh Yeon Seo. She was last seen in Come Back Ajhusshi where she gave a great performance while Joo Won last appeared in Yongpal. The drama marks his first sageuk and also his last project before he leaves for mandatory military service. The second leads are played by CNBLUE member Lee Jung Shin (he has acted in shows like Cinderella And The Four Knights and Sword And Petal) and Kim Yoon Hye (You’ve Fallen For Me). Jung Woong In (I Hear Your Voice) will play the main villain.

My Sassy Girl has PD of Yongpal and Modern Farmer and a new writer at the helm. The tone of the drama looks slapstick-y funny and cute. The leads also seem to have an energetic vibe and chemistry. Let’s see how this one fares. It is another new May premiere (29 May) in the already flooded month and will compete against newbies Fight My Way, Lookout and Circle in the slot, with an added advantage of being a successor to a hit show. Plus, the only sageuk among all. 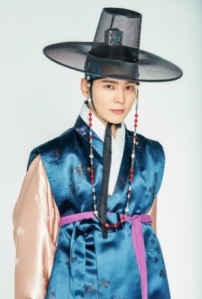 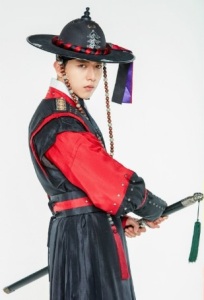