March is here and so is the new crop of dramas. This post is about shows that have already aired their first episode. We still have a lot of March premieres due to start in coming days. The below mentioned shows range from sageuk to dark supernatural thrillers to romantic comedies to weekend family fare. Without further ado, here we go!

Children of a Lesser God 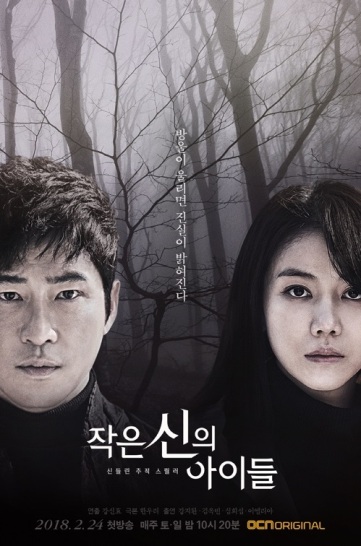 I like Kang Ji Hwan a lot, having seen his superb acting in Coffee House and Incarnation Of Money (so underrated!). Hence, I’m excited to see him in an OCN thriller with Kim Ok Bin as his costar. She has mostly worked in films, with her last drama being 2014’s Yoona’s Street. Children Of A Lesser God is a supernatural thriller about an elite detective believing in facts and the other rookie one who can feel and experience a victim’s death. Basically a procedural with a fantasy angle to shake things up. Considering it’s OCN, I’m expecting gritty, gory scenes with a lot of chills. The show airs on Saturdays and Sundays. 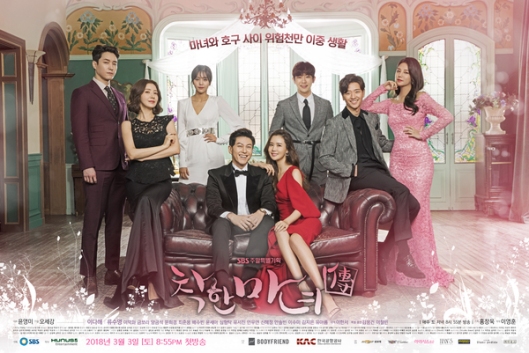 Lee Da Hae of classic My Girl fame is returning after a long time with this weekend drama about twin sisters, one being a housewife and the other a flight attendant. Of course, they have to switch roles due to certain circumstances. Costars include Bae Soo Bin (49 Days) as an unemployed husband and Ryu Soo Young (Two Weeks) as a pilot. The show has all the elements of a makjang but addicting weekender. It is a Saturday drama with 4 back to back episodes of half hour each.

This show remained relatively under the radar despite starring popular names like Yoon Shi Yoon (The Best Hit) and Joo Sang Wook (Fantastic). A sageuk that sounds very similar to Seven Days Queen, it stars the two actors as two brothers, falling in love with same woman, played by Jin So Yeon (Doctor Stranger, Bridal Mask). The drama airs on TV Chosun on Saturdays and Sundays.

A fantasy romantic comedy about an IT engineer who has some magical pollen that can move a person’s heart and hence, he acts like a cupid for love lives of many. The role is played by CNBLUE‘s Lee Jong Hyun (he has acted in shows like Girls’ Generation 1979 and Orange Marmalade, but this is his first main lead role). Charming Kim So Eun (Boys Before Flowers, Liar Game) plays a police officer who supports her family. This is another OCN show on this list and quite different from the general bunch of dramas that air on the network. It airs on Mondays and Tuesdays.

One more weekender on the list! It stars UEE (Ho Goo’s Love) and Kim Kang Woo (of Circle, A Man’s Story fame; in a comic role, a departure from his last few roles which were serious and dark) as two people dealing with marriage of convenience. She is a PD at a broadcasting station while he is a man living in the mountains. Obviously love will follow but after a lot of funny shenanigans. The drama airs on Saturdays on MBC.